Add a Little “Soul” to Your Life 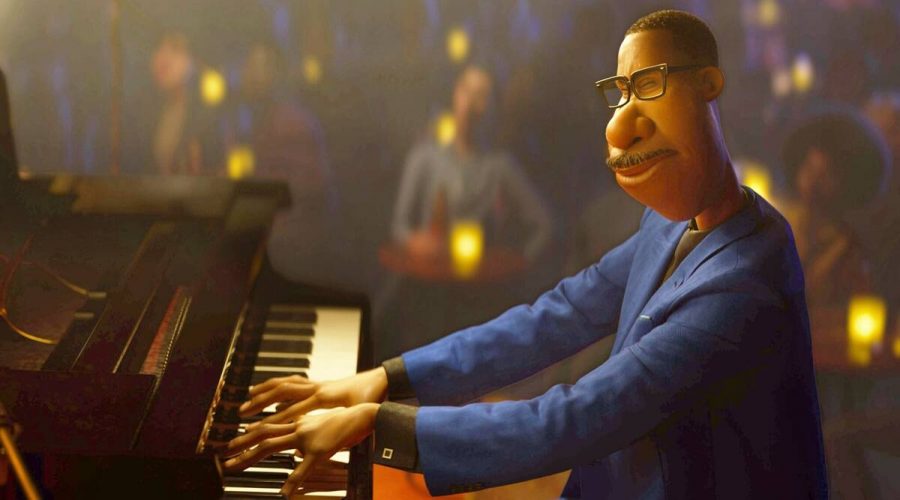 The simple bustle of walking down the street. Crowded subways overflowing with people. Jazz music. The taste of New York pizza. These daily joys often go unnoticed, but their impact is felt. Though often undetectable, in Pixar’s Soul they are the stars of the show. Soul is the studio’s latest introspective triumph, an incredibly well crafted film that urges us to seek out the simple things and appreciate them as much as we can. It came out ofver Winter Break, so you may have missed it; watch it now.

Soul tells the story of aspiring jazz pianist Joe Gardner (Jamie Foxx), whose dreams of success and fame have been thwarted by rejection and his job as a school band teacher. Suddenly, as Joe is miraculously offered a gig to play piano for one of his idols, he plummets down a manhole. As he falls he finds himself in line to enter the “Great Beyond.” Desperate to get back to his life and play his breakthrough gig, Joe manages to escape to the “Great Before”, a place where new souls are given training and preparation before beginning their lives on earth. There he meets a sarcastic and indifferent soul named 22 (Tina Fey), who agrees to help him on his quest to return to earth.

From then on Soul chronicles the duo’s journey across space and time, searching for purpose and a way back home.

As per Pixar usual, the film is visually stunning. The animation perfectly captures the sight of everyday life in a way that feels singular, as if every last item was animated with the utmost intention. The film’s score perfectly compliments the beauty of the animation. Trent Reznor and Atticus Ross created music that truly matches exactly what the story feels like, with the smooth jazz of Joe’s life on earth and the more pensive and personal music of Joe’s journey in the Great Before. Given such a beautiful landscape and atmosphere, the characters fit perfectly within the world of Soul.

Joe is a fully actualized and well written character, whose actions are consistently sympathetic. We may not always agree with him, but we’re always able to appreciate and understand why he might feel the way he does. This is the same with 22, who despite the fact that she’s a purposely annoying character, is still able to find her way into the audience’s hearts. Both characters are given moments to express their emotions in deep and uninterrupted ways. Creating relatable characters has never been a difficulty for Pixar, but it’s always wonderful to see them outdo themselves.

Even with the beauty of Soul’s surroundings, the film’s story is the true highlight. Joe’s tale of self-discovery is capable of leaving a huge mark on anyone who watches it engulfing you in love and accepting all the quirks and confusions of life. I, for one, felt the emotional journey of Soul on a personal level. As a high school student approaching the nerve wracking journey of college applications, finding my purpose in life seems like a top priority. Like Joe, I have felt the need to single out and master a path and felt as if fame and widespread success was the only way to live a meaningful life. I’ve also felt 22’s ambivalence towards everything, with the resulting fear of not having a purpose. But to these worries, Soul acts like a comforting friend. I found myself so touched by the film because it’s rare for me to see such a perfect representation of what I’m going through. It was wonderful seeing it from an angle that highlighted that to every worry I had, in time, there would be an answer, letting me know that everything would be okay.

Soul is like a warm hug; it won’t solve your problems or dismantle the ideas lodged in your brain, but it’ll reassure you that you are exactly where you need to be. Pixar is one of the most exciting and innovative studios working today, constantly proving that there can be a heart behind the blockbuster and Soul is no different. An emotionally resonant delight, it’s guaranteed to inspire appreciation and admiration for every aspect of life, not just the ones that shine the brightest.