McGregor is Back This Saturday! 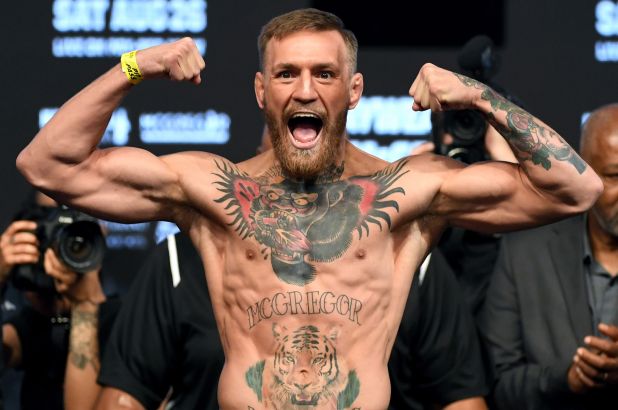 The Notorious Conor McGregor, otherwise known as “Mystic Mac”, is making his return to the Octagon this Saturday, January 23rd at 10pm. He’s been out of the ring for over a year, with his last fight on Jan 18th, 2020 against Donald Cerrone, where McGregor overcame Cerrone in a round one TKO. So, many fans have been waiting for Saturday night.

On June 6, 2020, McGregor went to Twitter to announce his retirement saying, “Hey guys I’ve decided to retire from fighting. Thank you for all the amazing memories! What a ride It’s been!” After the challenges faced by the UFC due to the COVID-19 restrictions.

Since his retirement, there have been many speculations of his return, but in November 2020 McGregor went to his Instagram to say “I am very grateful to be about to return and get to do what I love again.” He then went on to say that “I look forward to the fresh test Dustin will bring since our first bout, while also showcasing my own incredibly deep cache of weaponry.” It was then confirmed that the former two-division champion will face an old foe, Dustin Poirier on January 23rd, 2021.

This fight will be very meaningful to McGregor not only because it is his first fight since retirement, but also because these two fighters haven’t fought against each other since Sep 27, 2014 where McGregor took less than two minutes to score a TKO win. Since the loss to McGregor, Poirier has gone on a 10-2 streak, with one of his losses coming from Khabib Nurmagomedov, known as one of the most dominant fighters in UFC history.

So, with this fight right around the corner, fans will find out if McGregor is still the best or if Poirier will come with vengeance this time and come out on top in “UFC 257: Poirier vs. McGregor” at Abu Dhabi’s Fight Island.

You can watch the fight on Sat, Jan 23rd at 10:00pm EST, by purchasing it on ESPN+ or by downloading the UFC Mobile App. More Info on that at www.ufc.com/event/ufc-25

UPDATE: McGregor went down, TKO in Round 2 of the fight on Saturday. The former two-division champion, 32, suffered a devastating second-round KO loss to Poirier on Saturday in Abu Dhabi. According to mmafighting.com, “Poirier’s victory was the biggest of his career and, arguably, the biggest loss of McGregor’s. It’s the first time McGregor has been cleanly knocked out and left ‘Notorious’ without a clear path forward.”