Field Hockey Made it to the Big Show 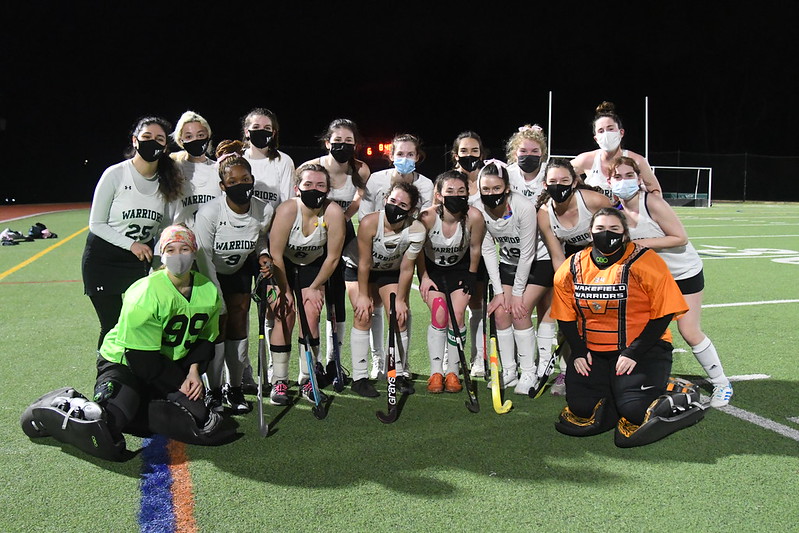 The team on Senion Night this season vs. Edison. They shut out the Eagles, 6-0 that night.

Our Field Hockey players have left it all on the field this Fall season. They lost their first 4 games in this very short season, and still kept running. They won 3 of their last 5 games, and carry that energy into playoff action tonight at 7pm.

Midfielder and Captain, senior Ainsley Pollock has been waiting for this game for more than a year. When it seemed like the season might be cancelled, she kept the team motivated along with her other senior captains: goalkeeper Karlene Kelly and midfielder Julia Harris. Ainsley said that tonight is going to be a “high energy game” as we spoke to her in one of the the final practices before tonight’s playoff game vs. South Lakes at Wakefield at 7pm.

Good luck, Ladies. All the players agreed it would mean a lot if fans were to “watch and support”. Watch the game on Wakefield Athletic’s You Tube channel.

UPDATE: The Field Hockey team lost to the South Lakes Seahawks in overtime, 2-1. We wish it had gone the other way and the season wasn’t over, but the last half of the season was so memorable. Way to go, Warriors!