Undefeated Ryan Garcia is Set for Next Big Fight 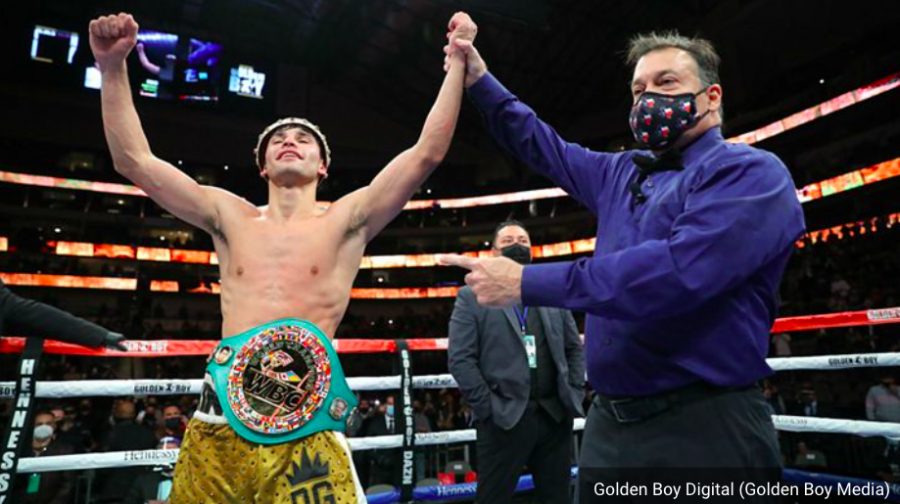 Ryan Garcia is a name you may have heard earlier this year. He is a Professional American Boxer that has been making waves in the boxing world. There is a lot of controversy around this 22 year old, about whether he is actually a fighter or just a pretty boy that takes easy fights.

It is an understatement to say he had a great ametuer  run, so why all the hate surrounding this man? Most likely because pretty boys are generally disliked within the boxing community, the most famous example being Floyd Mayweather, who also has an undefeated record.

Let’s look at some of the wins in his pro record against some of the bigger names in the community; back in 2018 he fought against Jayson Vélez with 29 wins and 7 losses, a pretty good record not considering he beat Salvador Sánchez II, who minus a loss to two undefeated fighters, has won 30 of his next 38 since then. Then in 2019, he beat Romero Duno by KO, a fighter with 22 wins and 2 losses. Moving on to 2020, he faced off with Francisco Fonseca, a boxer with a record of 27 wins and 3 losses and won by way of KO.

His most recent fight, and the one that cemented him as a true warrior, was his fight against Luke Campbell, an amazing fighter who as of January 2021, was ranked as the world’s sixth best active lightweight by Transnational Boxing Rankings Board and ESPN. During this battle, for the first time in his career Ryan was knocked down in the 2nd round,. Many thought he was going to stay down, but Ryan sprang back up and stayed in the fight, delivering a devastating and match ending body blow that sent Campbell sprawling to the canvas in the 7th round.

Whether you like Ryan or not, you have to give respect when it’s due, and in Ryan’s case it’s overdue.  As a young 22 year old, the world is his. His next big fight was just scheduled this month. Ryan Garcia (21-0, 18 KO) and Javier Fortuna (36-2-1, 25 KO) are simultaneous mandatory challengers for world champ Devin Haney.

This is Ryan’s next official match up: Garcia vs. Fortuna on July 9th. The venue and undercard will be announced soon.