UFC 266: The Punch Felt Round the World 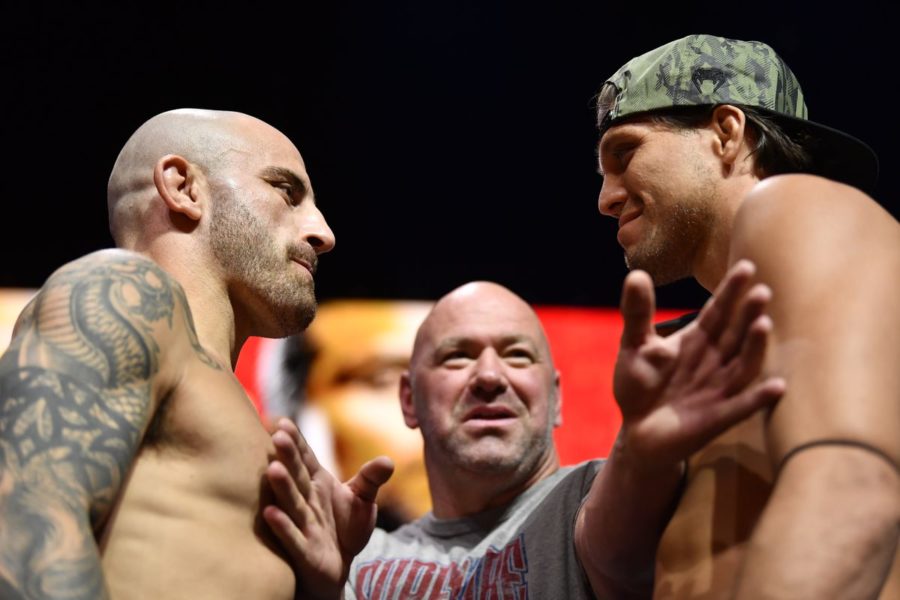 UFC 266 was a super hyped up UFC card ,and it delivered on the hype. One of the main reasons this UFC card was extremely anticipated is because it was the return of Nick Diaz. He has always been a fan favourite alongside his younger brother Nate Diaz, but people couldn’t wait to see Nick because he was suspended 5 years ago and hadn’t fought since. His opponent was the UFC veteran Robbie Lawler who Nick fought 17 years prior and beat. This time Robbie Lawler beat Nick 44 seconds into the 3rd round via TKO.

However, the main event of the evening was featherweight champion Alexander Volkanovski vs Brian Ortega. This is what most people were talking about by the end of the night. The fight was 5 grueling rounds where both of them showed the heart of champions. The first two rounds, the champ Volkanovski had the edge, but in the 3rd round Brian Ortega got his hands around the neck of Volkanovski and got him in a guillotine choke; everyone thought that Ortega had him but Volkanovski showed true heart by not tapping and shifting his way out of the position and ended the round landing hard punches against Ortega. Then in the 4th round, Ortega got Volkanovski in a triangle choke but he slipped out again and started landing hard punches against Ortega to finish the 4th round. At the end of 5 rounds Alexander Volkanovski won, defending his Featherweight Title for the 3rd time.

For more excellent match ups, watch UFC 267 this Saturday, 10/30. This is one amazing set of fights. According to ufc.com, “Saturday’s UFC 267 fight card is one of the best of the year — a mix of compelling championship fights, critical pairings between emerging contenders, and a host of emerging talents looking to use this highly anticipated event as a chance to catapult themselves into the spotlight and set themselves up for breakthrough success in 2022 and beyond.” How to Watch UFC 267.