What About Walton? Marqua Talks About Future Plans

You may know Marqua “Qua” Walton as a sharp shooter on the court. He has been on the VBB team since his sophomore year; you may see him around school with his close friends “Domo” and “X”; they are known as The Big Three. Walton says his friendships with Tham and Cooper are very special to him; he could not imagine his high school days without them. “They are like my brothers, I would do anything for them and I’m sure they would do anything for me” said Walton. “One of my favorite moments with Domo and Xavier was during Summer AAU. We were play fighting around in the hotel and we ended up putting a hole in the wall! Coach Buck wasn’t very happy when he got a $300 bill!!” said Walton.  He believes that they will stay friends throughout their life; they will grow old together.

Outside of school, he spends all of his time with his family. Walton loves to go out to dinner or just lay around and watch movies with his mother and sister. He is trying to spend as much time with them as possible before he leaves for college. “I don’t know what I’m going to do without my mom. I can barely do my own laundry!” Walton said. They have been there for him. He announced at Senior Night this year that he found out he had Epilepsy in 7th grade. He thought he was not going to be able play any contact sports when that news was delivered. With the support of his family, he learned how to battle through and become a significant presence on any basketball court.

He does not know where he wants to go to college, but he knows he will continue to play basketball. Walton still cannot believe he is a senior. “It is bittersweet, knowing this is my last year of high school. Knowing that I may never see some of my friends again” said Walton. In 10 years, he hopes to be giving back to the community. He would love to coach a basketball team,  even come back to help Coach Bentley. “Basketball is a part of me. I will always want to play, and I would love to help teens improve their skills.” Walton is striving to be a role model for young athletes. He would like them to believe they can achieve whatever they put their mind to with just a little hard work.

Here are the remaining 2014-2015 scores since our coverage of the last game against Edison.

Two days after VBB beat Edison, they beat the Mount Vernon Majors on their court, 62-37.  They ended the season 21-1.

February 19th was a special day; it was the first game of the Conference 13 Championship and a double header here on home court. The Girls beat Stuart, 71-17, just hours before the Boys beat Stuart, 71-38.

The next Monday, Lee fell, 78-44; then Tuesday, Edison lost, 71-51. Wakefield VBB won the Conference 13 Championship for the third year in a row.

On Saturday, February 28th, the Boys lost to Freedom, 59-62 on Wakefield’s own court. Their run for the Regional title ended that day. 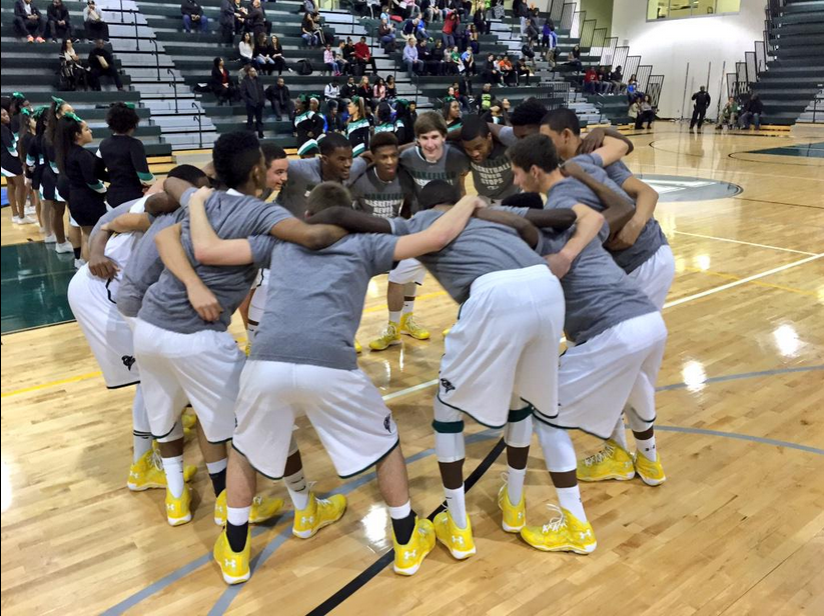 After the tough loss Saturday night, Walton said he thought it was a bad dream on Sunday morning. The season is over. Whether he is on the court, or coaching the next big three on the court, he knows he will always be proud to be a Wakefield Warrior.