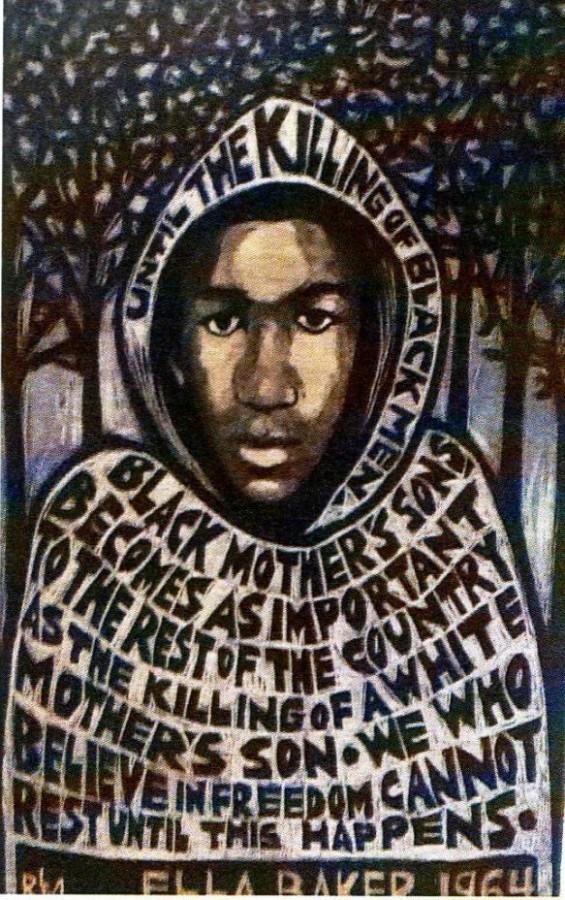 The Office of Minority Achievement put out a special collection of poetry and art celebrating the 2015 Words Out Loud Competition. Nearly one-third of all of the entries this year surrounded the theme #BlackLivesMatter. Here is just a sampling of our peer’s work:

Black is the color of their skin

Whites are the ones who always win

Shots when no ones near

In the streets the screams are loud

But they fall silent in the crowd

Why does their complexion

don’t let them take the blame

Let’s love each other

Don’t play with it

Racism is like a coal on a hot day

Love is a word that everyone has to know

That word love comes with peace and justice

How else can we beat racism? 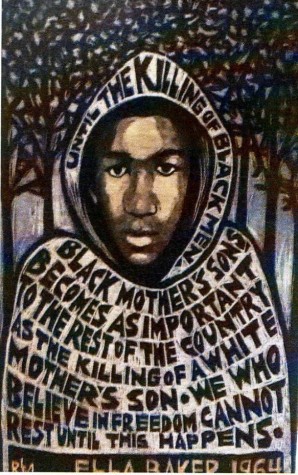 Prettier Skin Than Mine

I was walking around Toys ‘r Us with my cousins, and I notice a girl

A girl still in her early elementary school years

“Mommy? Can I have the Cinderella Doll?”

The mother says no, and keeps walking with her daughter

“But Mommy… She has prettier skin than mine…?”

The mother starts to scold her, not too loud

Audible enough for me to hear–

I pause, I ponder, and I proceed to ask myself:

“Prettier skin than mine? Why would she think that?:

And alas, one word pierces through my mind:

I’m not sure if that’s the case honestly, but it sure feels like it

Maybe if she was bullied, despite her age

Maybe it was the media, that’s what many say

Maybe she was the racial minority in the area

But one thing worries me

Something I know that is happening somewhere

There are probably more people thinking that about themselves

After all, with racist people being able to be heard easily

With social media, the news, anywhere

Whether it be virtual or reality

People can still hear it, anywhere

At home, outside, on a computer

And being able to hear that whenever

“But Mommy… She has prettier skin than mine.”

they start talking on the news

but “crook” is the most used

Then I thank the cops for doin’ their

“BOOM!” Then I realize

I think the world is incomplete.

I see young blood of African

dripping down the face of those males

who run from the demons,

lying on the cold pavement.

Is now turned inside out.

There go his feet,

running down the street,

he’s running cause he stole some stuff he didn’t need,

he also took a couple puffs of weed,

Now wait, hold up: some cop just got the call,

Don’t make me kill someone today

But run he did and “Bang Bang Bang”

But if this kid was not black,

would he have got shot in the back?

The sound of 41 shots being fired

As policemen go crazy with the gun

Amadou falls to the ground as he gets pounded with bullets

as the police probably got promoted

the sound of agony from Diallo

as his blood is spilling on the street. 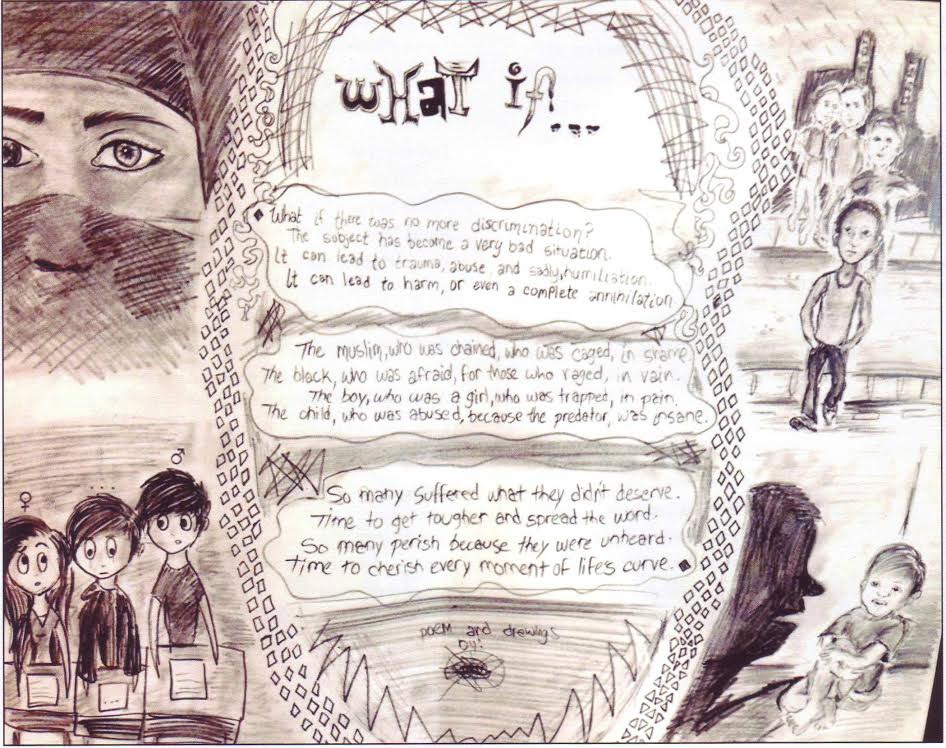 But when will it come

People getting beaten up

There’s no peace in this world

When will it come?