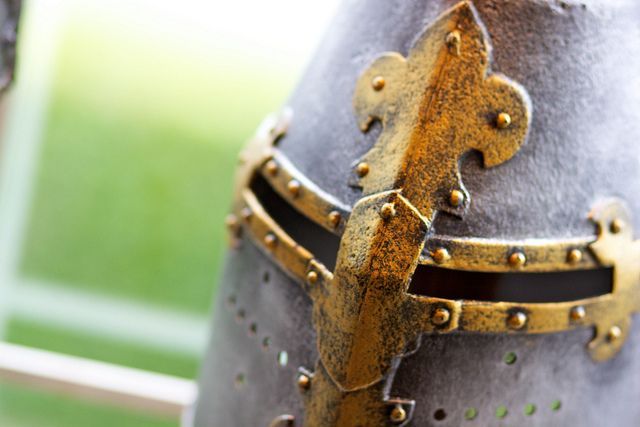 It was a breezy summer night; the fireflies fluttered about blinking a light show over near the pond. The crickets chirped close and to the left. Near the small pond, there was a small amount of trees gathered. From within those trees was a faint crackling sound. Out from the farthest tree emerged a Knight with full armor that had recently added a new dent. The knight stumbled to a near by tree and fell upon the chest level thick branch that extended out. The knight put his back against the tree and descended down to the ground.

He struggled to take his helmet off. His arms looked leaden, and it took five shifts and pulls to get it off. He let the helmet fall out of his hand and roll to the base of the next tree.  The crickets stopped chattering for a second. Then started back up as the knight said his first words to the night sky. “By the lords, I am dying” with a pant in his voice.  He looked down to his stomach and saw the crossbow bolt pierced through the chain mail between the plates in his armor.  It was a gut wound. It wouldn’t stop bleeding. A firefly flickered next to him.

“What a beautiful night; it’s calming; It’s hard to believe that all this tranquility is here undisturbed when the chaos is so near.” The firefly joined his troup dancing and disappearing over the pond. The knight raised his arm and pointed to the night sky. He breathed in deep and it seemed to get caught. His arm dropped purposelessly. Darkness. Another pause in the crickets’ chatter, then they resumed as the fireflies swarmed over the little pond blinking their message to the stars.