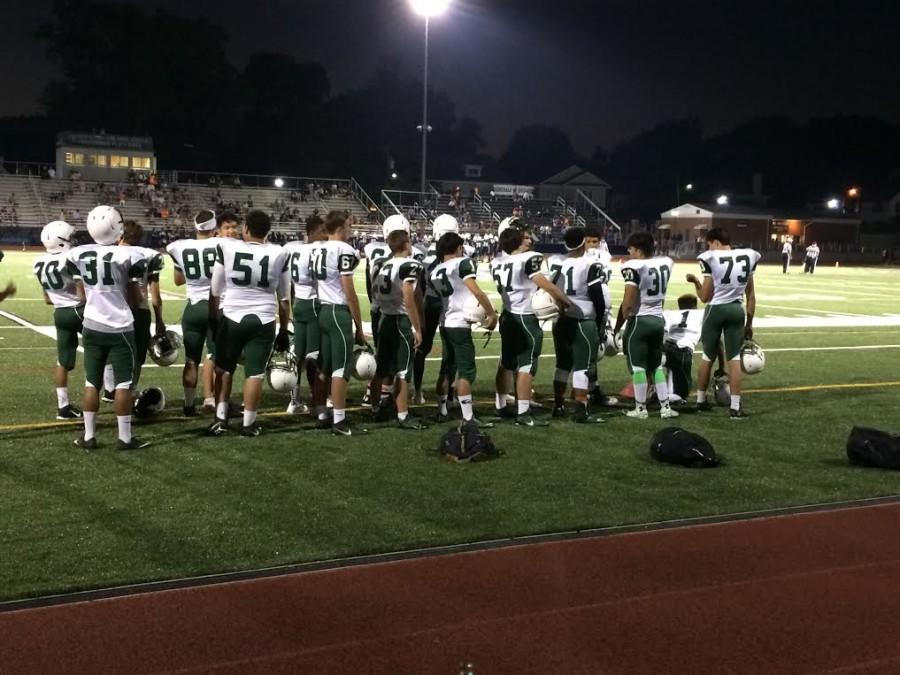 The Wakefield JV football team won their first game on September 17 against the Washington Lee Generals 14-13. The Warriors started off a little bit slow on the first offensive series by only managing 9 yards and punting the football on only 3 plays. The warriors couldn’t score anything in the first quarter and found themselves in a hole of 13-0.

Midway through the second quarter, quarterback James Clark completed a pass down field to wide receiver Ethan Novak. Novak broke one tackle then outran the rest of the Generals to find the end zone. Novak said, “I knew once I caught it I would only have to get past the first man and then I was set to score.”

During the third quarter, the Warrior defense really stepped up by not allowing the Generals to score. Warrior offense had its troubles, not putting up any points in the third quarter. At the end of the third quarter the score was 13-7, Generals still up. That lead would only hold up for a little bit.

The fourth quarter is when the Warriors really got a good drive going, including 3 pass completions. I completed 2 for 40 yards and the other completion was from Novak for 20 yards. Finally, to cap off the drive, Clark ran the ball in to score.

Now, the Warriors lead the game.

The Generals answered back, and made a late push. They had a chance to win the game with a field goal. The Warrior defense put enough pressure on the kicker and the Generals missed, sealing a victory for the Wakefield Warriors.

After the game, Clark said, “the defense really stepped up after allowing 13 points in the first half for none in the second half. ”