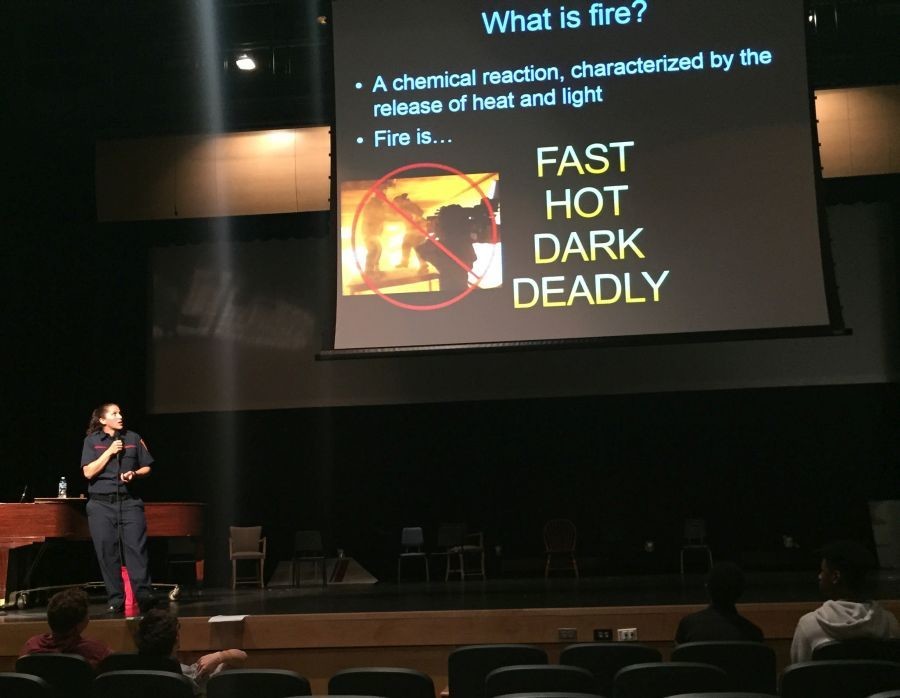 Chicago. October 8th, 1871. 300 people dead. 200 million dollars worth of destruction. This was the Great Chicago fire of 1871 which lasted three days. Legend has it that it was caused by a cow that kicked over a lantern in a barn. October is Fire Safety Month because of this infamous fire. In modern times, fires can have much simpler causes. Whether because of a lit cigarette, or an unattended stove, fire safety is an important aspect of modern life. Read below to find out more.

Fires commonly occur in the kitchen, but are also known to have other easily ignitable locations. Fires are able to double in size in just 30 seconds, and if temperatures are high enough they can ignite everything in less than 3 minutes! Some may not know that most deaths, eight out of ten, die from inhaling the poisonous smoke. Alarms should be tested once a month and batteries changed twice a year. If you and your family haven’t tested the fire alarm recently, do it when you get home today!

Have a plan in an event of a fire, what to do, and where to meet should be included. All families should definitely invest this time, so if a fire does occur, you know where to meet.