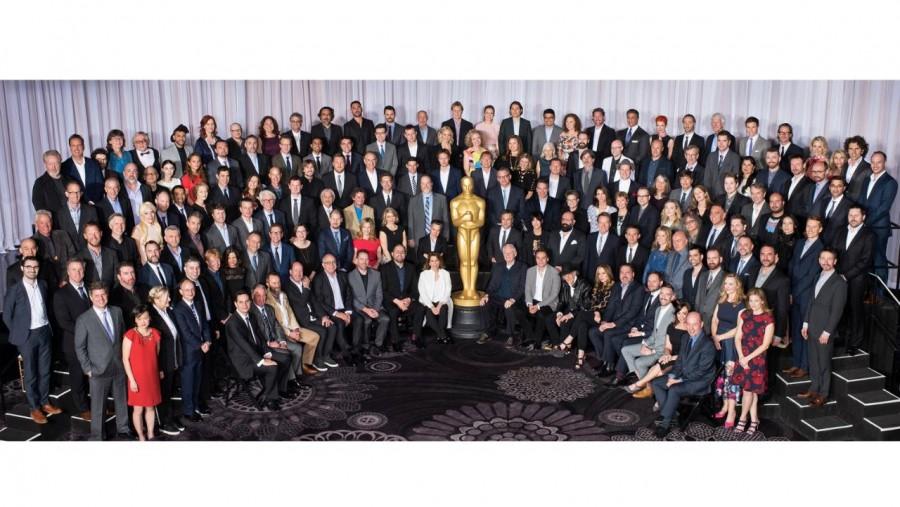 The Oscars 2016 nominees attend a luncheon on February 9th. I spy a lack of diversity, do you?

The Oscars are the highlight of the year for the entertainment industry; when the Academy of Motion Pictures Arts and Sciences announce their nominees for the Oscars, controversy usually emerges. 2016 was no exception.

In the past few years, The Oscars have been criticized for their lack of diversity, and twitter has been to work with the trending hashtag, #OscarsSoWhite. For the second year in a row, The Oscars have failed to show black faces to their audience in all 20 acting nominations. Movies about black lives such as “Creed” and “Straight Outta Compton” did receive recognition but their nominations were for white actors (Sylvester Stallone in Creed) or white writers (Compton) whereas the African American directors of each movie and the nonwhite actors were shut out.

Celebrities such as Jada Pinkett Smith and Spike Lee announced that they would be boycotting this year’s ceremony due to the lack of diversity. Earlier this month, Pinkett Smith shared a video on social media which announced her boycott of The Oscars, in the clip she called for change saying that “it’s our responsibility now” to make the difference. Director Michael Moore took to twitter to announce that he too, would not be attending this year’s ceremony and that he supports both Pinkett Smith and Lee, and will join them in the boycott.

The President of the Academy, Cheryl Boone Isaacs released a statement on the Oscars’ site after the outrage saying, “While we celebrate their extraordinary achievements, I am both heartbroken and frustrated about the lack of inclusion.” “This is a difficult but important conversation”, she continued, “and it’s time for big changes. The Academy is taking dramatic steps to alter the makeup of our membership.”

While Boone Isaacs’s statement has been surfacing around, people are still not wholly convinced. While the hashtag #OscarsSoWhite is still active, people both in and out of the industry have brought up other incidents where artists of color were ignored in Hollywood.

At the end of the day, it’s good to see celebrities (both white and non-white) speaking up about their views and striving to call on for change. Our only hope can be that this unification and determination brings a remarkable change in next year’s nominations.

The Oscars are Sunday, February 28th at 7pm on ABC. Are you going to watch?