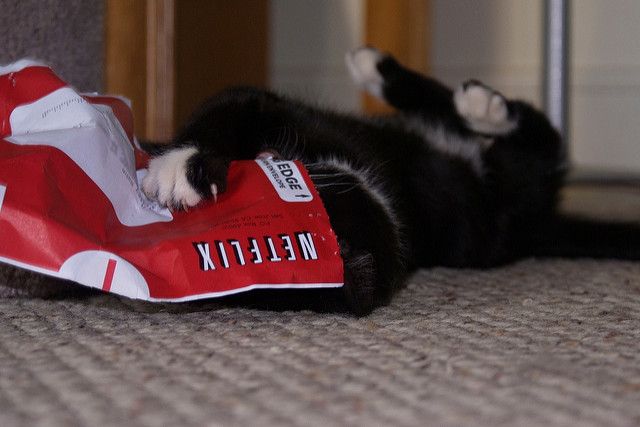 Out of shows to binge watch? Look no further; Netflix has updated their selection of TV shows for 2016. Here are some of the new shows available if you missed them.

“Have mercy!” the Tanner girls are back along with everyone’s favorite uncle Jesse! If you loved the hit 90’s show, Full House; wait until you see Fuller House! Although Michelle (Mary-Kate and Ashley Olsen) haven’t returned to the series, they might guest star in future episodes. There are some new faces joining the Tanner family, including DJ’s 3 sons and Kimmy’s teenage daughter. Although it has already premiered, the trailer brings back lots of memories and is totally worth watching.

Also known as George Oscar Bluth II from Arrested Development, Will Arnett stars in a new Netflix original comedy called Flaked. Arnett’s character, Chip, is a full time liar who tries to start a new life in Venice, California. In the show Chip tries to keep up with his friends and all his lies; all while trying to get the girl of his dreams.

In this mini reunion, 1/3rd of your favorite actors from That ‘70s Show are starring in Netflix’s original comedy, The Ranch. Ashton Kutcher and Danny Masterson are brothers who come back home to Colorado to help their family ranching business. Although we don’t know much about what’s going to happen in the show, we know a bit about the characters. Ashton’s character, Colt, is a somewhat-pro yet failed football player who has lots of confidence. While Danny plays Colt’s brother and sidekick, Rooster. Here is a picture announcing the show, courtesy of Danny Masterson. But also look out for the actual premiere of the show April 1st 2016!

More interested in dramas? Wait for Netflix’s first French drama, Marseille. Although it was announced back in 2014, it’s premiering globally on May 5, 2016. Marseille is a city in France but also a political drama about power, corruption, and redemption; starring Gérard Depardieu, as Robert Taro, mayor for the last 20 years.  Take a peak of the suspenseful trailer in French here.

Heathers and Beetlejuice star, Winona Ryder is back at it again in this new drama, Stranger Things. Premiering on July 5th, 2016, a 12 year old boy disappears without a trace. His mother and community come across terrifying things including top secret experimentation, the supernatural, and a little girl with special powers. Although it doesn’t have a trailer yet, it seems like it’s going to be really intriguing and suspenseful because Matt and Ross Duffer, who are assisting the production of Stranger Things, have also worked on Wayward Pines, one of my favorite TV thrillers! For now, check out Stranger Things’ cast list!

Most of these shows won’t be seen until later on in the year so here’s a list of movies and shows that will be featured on Netflix for the whole month of March!