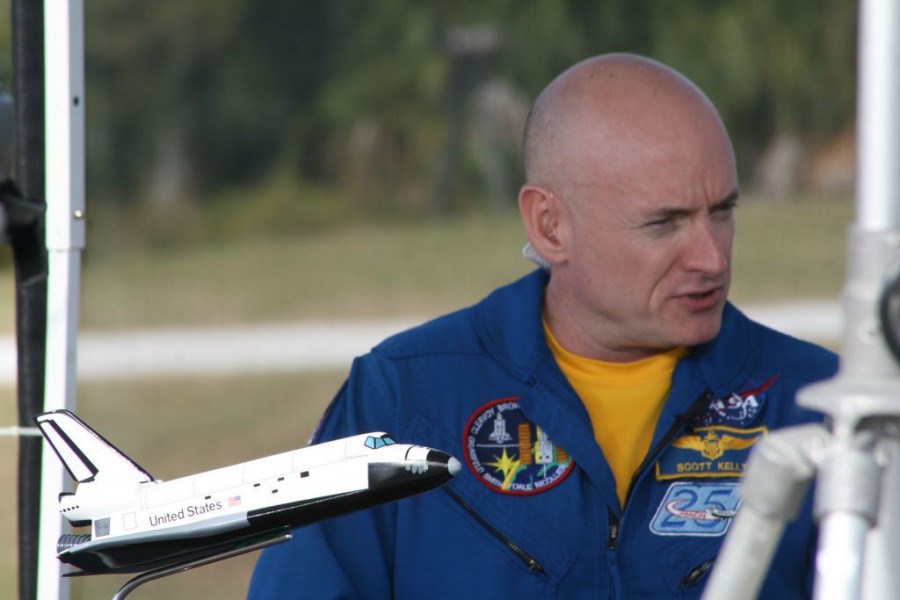 After about a year, Scott Kelly has come down to Earth, and not in the sense we more commonly use. Kelly is still having trouble walking in regular Earth gravity, with swollen and sore legs as a side effect.

However, as is common enough with missions into space, being apart from family is the toughest part. According to CBS News, Kelly said, “I think it’s, you know for me, it’s being away from your loved ones, your friends, your family.”

NASA is currently using flights like Kelly’s to test the effects of long-term space travel in preparation for a potential future manned mission to Mars. Let’s just try to watch for debris if a storm comes, okay? (That’s a reference to a not-so-old sci-fi flick.)

What makes the tale even more interesting, Scott Kelly has an identical twin, Mark Kelly, who served as a control to the experiment, living a regular life on Earth, which worked out nicely, as Scott turned out to be taller than his twin when he returned to Earth. And while this was one of the longer missions of Kelly’s career (more than double the length of his last mission) he found ways to have fun while performing nearly 400 experiments.

One time, he flew around in a gorilla costume, and he also posted a massive amount of visually stunning pictures to social media. “I think it’s part of our job, our responsibility to do that as the public face of NASA,” Kelly said. “And anything we can do to get them excited about studying [STEM] is something we should be doing.”

Most important of all, Kelly enjoys being able to eat at a table without worrying about his meal floating away. Not so “down-to-earth” if you ask me, but I suppose it’s a worthy human concern.