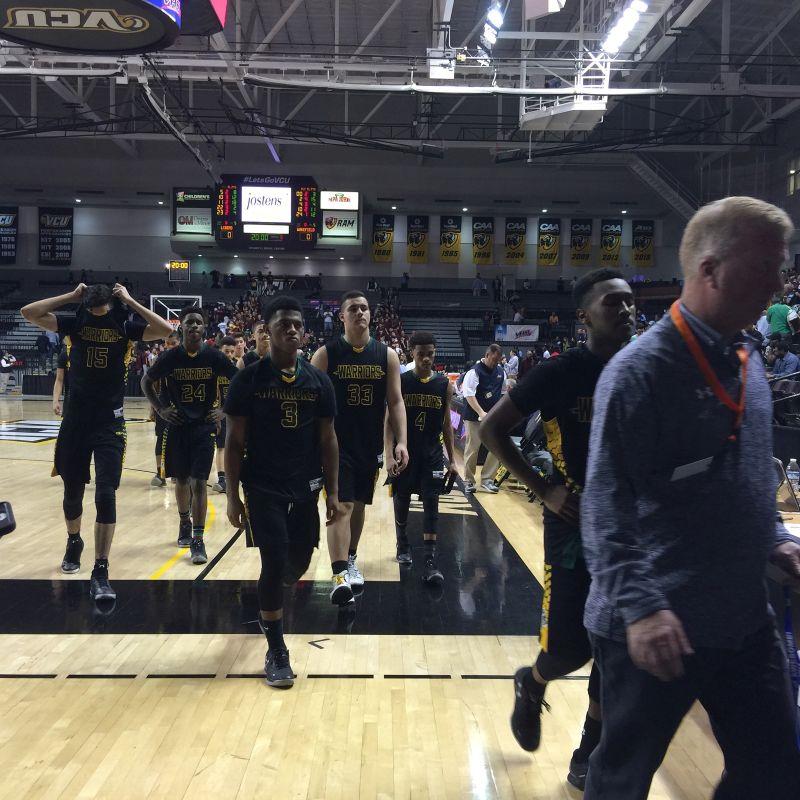 Our boys walk off court. This picture was taken seconds after the loss.

“Obstacles don’t have to stop you. If you run into a wall, don’t turn around and give up. Figure out how to climb it, go through it, or work around it.”

The Warriors tremendous Boys Varsity Basketball season had them as the second seed going into playoffs. Our boys made it on the court in Richmond for the 2nd time in 4 years. It has been a month since we were there, but our warrior spirit lives on.

Our Wakefield Warriors left for their journey to the state semifinals Monday, March 7th. The team was given a special police escort and send off by fans who watched them leave the night before the big game.

When asked about how it felt to make it to semifinals, senior Xavier Adams said, “we were considered the underdogs since the great Domo Tham left. Many people didn’t believe or have any idea what Wakefield was going to do. Even after the transfer, not many people thought we were going to make it far…let alone the Final Four. The team followed captains Deng and Alan; we worked as a team and leaned on each other.”

Game day! Six buses of students went to Richmond to support our warriors in their bid for a state title. Everyone had two thoughts in mind, how long is this bus ride, and will our team make it to play another day.

When asked about how it felt to be on the court, Xavier Adams said, “it felt amazing, like it actually hit me when I stepped on the court that I actually made it…the feeling was breath taking. Never have I ever got scared about a basketball game, but being on this stage had me shook.”

Tip off! L.C. Bird started strong. They got the ball and set up their offense. They also got the first bucket of the game.

Timeout! Coach Bentley called a timeout to get his Warriors fired up with the score 11-4, L.C. Bird. The Warriors fought back and from that point forward were never more than six points behind L.C. Bird.

First half! The Warriors played physical, getting blocks, steals, and grabbing the defensive rebound and pushing the ball up the court. The Warriors left the 2nd quarter on a buzzer beater shot made by junior Alan Treakle; the first half ended with the score 30-27, Wakefield.

Second half! Watching the beginning of the second half was intense, no team could pull ahead with a lead. The third quarter ended, and Bird had a lead on The Warriors. The 4th quarter was definitely an action packed quarter; both teams had to play stronger, faster, and smarter.

The final moments! The Warriors were down 46-49. Junior Halil Parks sunk an amazing three, tying the game, 49-49. The super fans went crazy with cheers of “I believe that we will win” and screams of “warrior nation.” 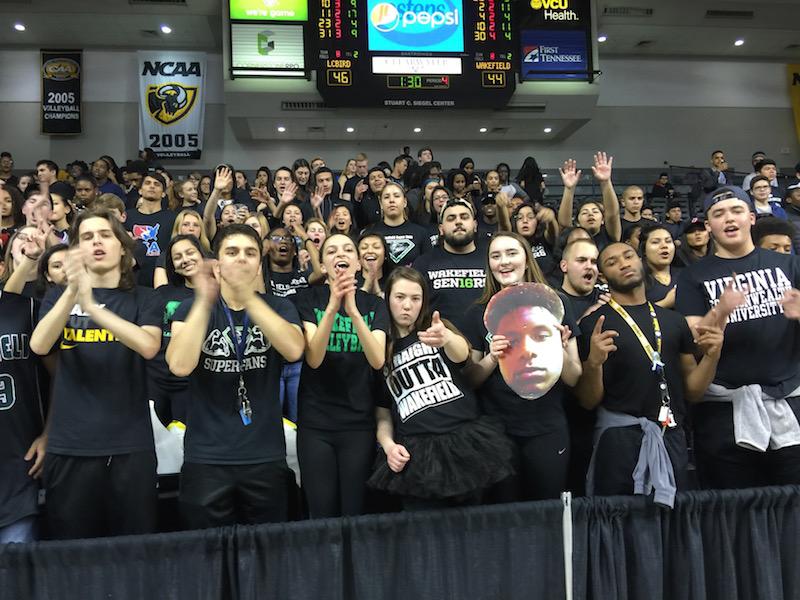 Then, something unthinkable happened, FOUL! This put Bird on the line for two shots; Bird sunk both. Bird made 5 of 6 free throws, taking the score to 54 – 49, L.C. Bird. Treakle still laid the ball up for Wakefield’s final two points and got us to 54-51, L.C. Bird. 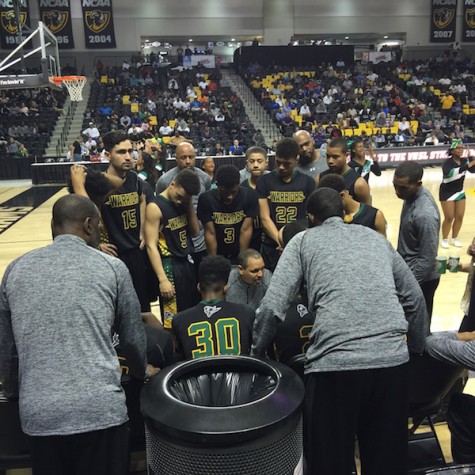