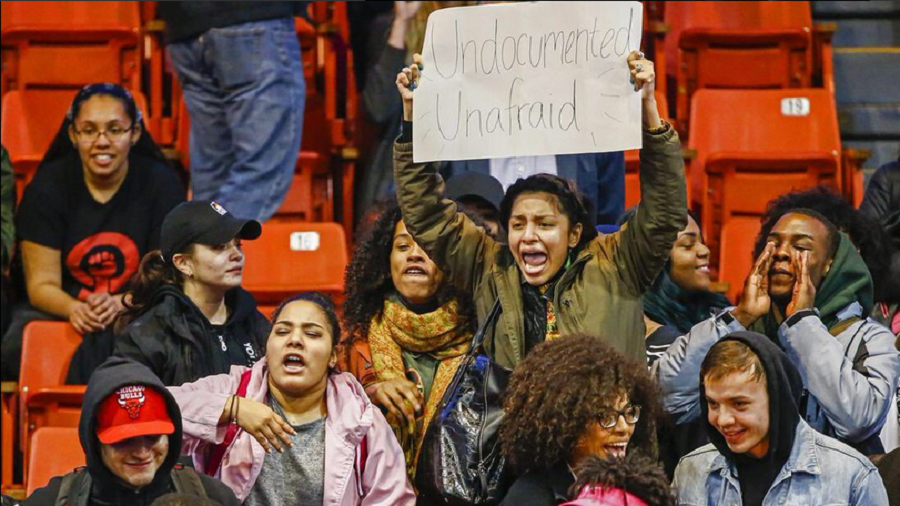 Last Friday, Donald Trump had to cancel a rally in Chicago. This isn’t the first time protesters have attended his rallies, but it was the first time there was a shut down of a Trump rally by protesters tired of his racial slurs being unchecked.

Strong images from that night have emerged. The “sieg heil” Hitler salute Birgitt Peterson threw up has become an infamous image from the evening. Controversy surrounds this picture. She said she was offering a teachable moment, the photographer says she was reacting to his plea for her to leave since she was surrounded by protesters. Read the story and decide for yourself, #warriornation.

Other strong images have emerged. A demonstrator ripped a Trump sign apart.

The overall racial tension was captured by these images.

Due to Trump’s radical stance on immigration laws, protesters from all around the United States have been present at his presidential campaign rallies. In the picture shown below a protester holds up a sign that says, “Undocumented and Unafraid.” This image captures the emotion at the cancelled rally.

Although there have been numerous activists at Trump’s rallies, this one was the most recognized because of the different racial groups uniting against Trump.

It seems like people are taking a stand against the man.