The Wakefield Chieftain • May 6, 2016 • https://whschief.com/9493/sports/girls-soccer-still-lives-up-to-the-warrior-name/ 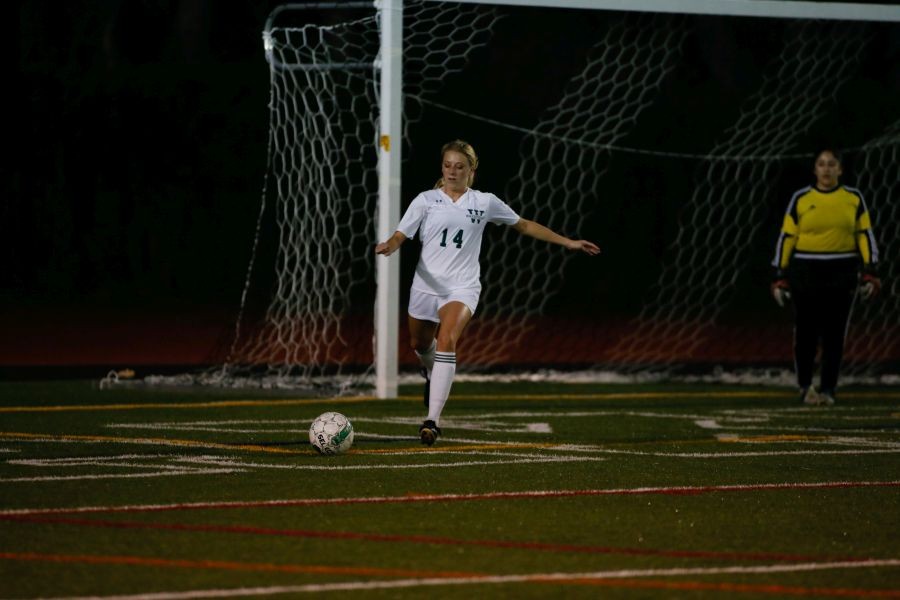 Our Girls Soccer team has won no games this season. Our girls have a lot of talent, but injuries were a huge set back. No matter what happened on the field, our Warriors still stayed strong and kept focused on their goal. They have one chance left on the home field. They play the Falls Church Jaguars tonight at 7:15pm. (There is an away game on Tuesday at Stuart, too.)

Sophomore Isabelle Skinner said, “our season hasn’t been the greatest scoring wise, but we are continuing to build as a team.” Key team members mirror her aspirations, junior Jackie Carpio said, “We have learned to work as a team even through the loses we keep a positive mindset.”

Varsity girls practice hard and play hard every second. They are a young team with a lot of talent. Three star players have been plagued with injuries this year. Sophomore Megumi Thurston, senior Jessica Logue, and sophomore Taylor Memon have been out for a few key games. This would hurt any team. Even with these setbacks, our girls played their hearts out every game leaving nothing but blood, sweat, and tears on the field.

Senior Perla Tellez said, “Its sad, because I’m not going to play with them anymore. We learned things we didn’t know about each…The new coaches saw our weaknesses and strengths and helped us become the best players we can be.”

Junior Kelly Lazarte said, “It’s way different than last year, the team is more united. We are much more closer now, then when we started.” When looking to the future, she said, “Its really sad that our seniors are leaving, we look up to them. When they leave, we’re going to take their spot and that puts pressure on us. Most of our players are seniors.” Other members of the team agree, Carpio said, “its going to be tough because we have really good seniors, but I’m happy for them because they are being given big opportunities.”

Junior Amy Juarez said, “during the game, all I think about is that I have to play my best and help my team in order to succeed. We won’t succeed if everyone doesn’t pitch in.”

Their goals for next year are to build a better chemistry on the field and win at least two games. Come see them play on Senior Night TONIGHT, #WARRIORNATION!