The Wakefield Chieftain • May 14, 2016 • https://whschief.com/9669/lifestyle/capt-america-civil-war-the-movie-everyone-wants-to-see/

Capt. America Civil War: The Movie Everyone Wants To See 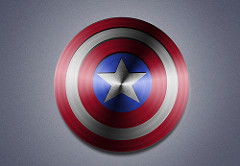 Finally! Civil War has come out! It’s the movie everyone wants to see! Marvel has yet given us another amazing film, with this new addition to the Captain America Origin story. Everyone is ready to see this film, and willing to wait in huge lines just to get a ticket.

This movie reveals the epic fight between two heroes, Captain America and Iron Man. These two have had a little something against each other since the beginning, especially because Iron Man disagrees with every decision Cap makes.

Of course, through the past movies that have come out we see that Cap and Iron Man are basically like besties, but there’s one person who comes in between them. Yes, it’s Cap’s old friend Bucky Barnes. As with any disagreement between superheros, both sides are right and wrong. Cap is mostly being selfish, while Iron Man is letting guilt overcome his normally logical decision making process.

It is a must see!