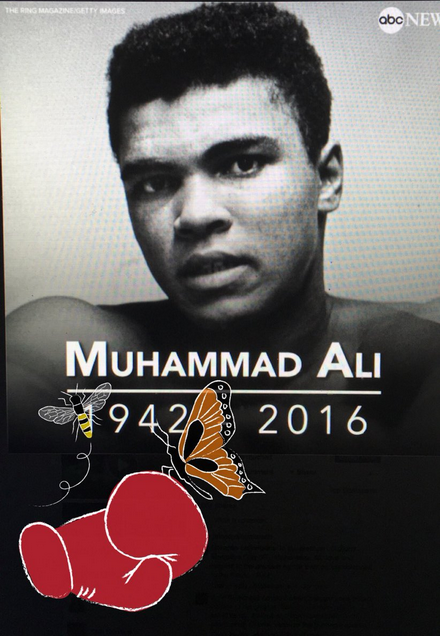 Snapchat even mourned his loss.

On June 3rd, 2016 we lost a legend. Muhammad Ali passed away at the age of 74. He was the silver-tongued boxer and civil rights champion; the world thought of him as the greatest boxer of all time.

Ali died at a Phoenix-area hospital, where he spent the past couple days being treated for respiratory complications. He was battling Parkinson’s disease for 32 years. Now this fight is over; Ali will no longer suffer, and finally be able to rest in peace.

Snapchat released a filter of a boxer’s glove with a bee and a butterfly flying around in honor of his loss, and this famous quote, “Float like a butterfly, sting like a bee.”

Some of his many other famous quotes were:

“I am the greatest, I said that even before I knew I was.”

“He who is not courageous enough to take risks will accomplish nothing in life.”