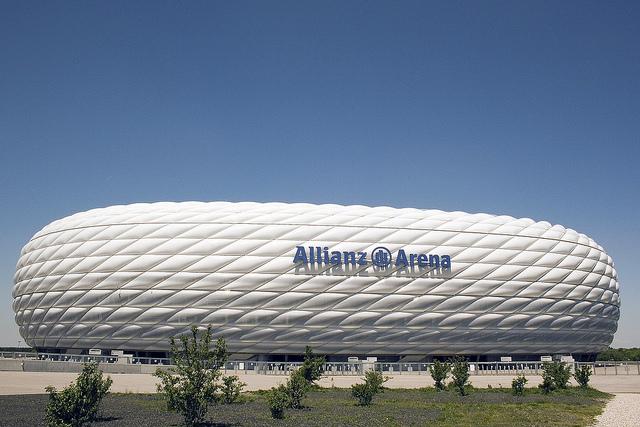 Last week was Match Day 2 and one for the record books. Crazy games and crazy goals, just how I like it.

Let’s see how your favorite team did!

First off, Arsenal were forced to wear their away kit AT HOME!!! All because Basel’s kit “looked to much like Arsenal’s kit.” (Google it and you’ll agree with me.) Come on UEFA, really?

Secondly, it’s the second time the Xhaka brothers faced off this year. First time being in the Euros when Granit (Arsenal) represented Switzerland and Toulant (Basel) represented Albania. Now about the game, what has possessed Arsenal? Since when have they been playing like 2011 Barca? They are amazing! Alexis Sanchez just can’t stop taking chances and Theo Walcott just can’t stop scoring! It hurts to say but…#COYG.

My MOTM (Man Of The Match) is Theo Walcott for his brace.

This was really a game that was to close for comfort for PSG. Ludogorets took they lead with an amazing free kick from Natanael. 30 min later Matuidi ties up the game by putting it in the bottom corner even though there was a slight hint of offsides. Then Cavani makes it 2 with a nice header. But Ludogorets had the chance to tie the game with a penalty.

Now, lets talk about the foul that lead to the penalty. WHAT WAS THIAGO MOTTA THINKING!?!? He clipped the player’s feet WITH HIS HEAD! God knows what he was thinking going into a tackle in that manner. Now about the penalty, poor penalty from Moti, easy save from Areola. Then Cavani sealed the game with a 3rd, a nice lob.

My MOTM is Édinson Cavani for his brace.

Napoli once again prove that they are a team and don’t need Higuain. Great game for them yet on the other hand Benfica were repeatedly broke down when Napoli staged a quick attack.

It was hard to choose my MOTM, but it has to go to Dries Mertens, the little Belgian seemed to be every where and also scored a beautiful free kick.

QUAAAAAAARESSSSSSMAAAAA!!! I don’t know what it is this UCL (UEFA Champions League) season! Every team is just scoring absolute beauties! Shame on Kyiv for gifting Quaresma a free kick, he scores free kicks in his sleep! I could watch that free kick on replay all week. Kyiv were lucky to have scored an equalizer.

My MOTM is Quaresma, because… well you know why.

Barca dominated the game from the beginning but Thorgan Hazard scored off a counter attack for Gladbach, HAHA Chelsea fans, The little bro is beating the big bro, Thorgan has scored but Eden Hazard hasn’t! Oh! Wait! Chelsea isn’t in the Champions League (#sorry #notsorry Chelsea fans). From then on Mönchengladbach were stuck in their own half and it was just chance after chance for Barca.

I do want to note that they had 4 men defend Neymar and 0 men defending Suarez (What the heck?) and somehow Neymar still was providing Suarez, come on now Borussia.

My MOTM is Arda Turan for inspiring the comeback. But Kudos to Yann Sommer who saved Borussia from losing maybe 5 or 6-0.

If you told me before the game that Guardiola’s Manchester  City would tie with a Brendan Rodgers side, especially Celtic (No offense Celtic) I would think you had lost your mind! But yes it is true, and they never took the lead in this thrilling tie. The first goal was by Celtic and it was 2 min in, and, it was an odd free kick tactic that seemed to be straight off the training ground but it worked. They had two players line up to take the free kick, one of the players run towards the ball acting as though he would take the free kick, and he stops abruptly at the ball, and when he stops the rest of the players run into the box as though they were expecting the ball to be played in.

They had a player on the other side make a late run towards the penalty box, which was smart because the rest of the players were offsides and this player wasn’t which makes the City defenders stop playing because they don’t notice him and think all of Celtic’s players are offsides . They cross it in to him and he sprints in to the box with the ball to the byline which makes every single Celtic player onside, so he passes to who he chooses and they score. It worked beautifully, from then on it was just back and forth from them.

My MOTM is Dembele for his brace.

I really don’t want to talk about this, it still hurts, but I have to.

5 months after this same fixture at the same stadium, its the same scoreline and basically the same game. Atleti scores early from a counter attack and then Bayern controlled possession but did nothing with it. Bayern couldn’t finish their dinner!

But, kudos to Atletico, Atleti’s defense was phenomenal, but lets see how Atleti plays away from their fortress (Vincente Calderon) and at Bayern’s fortress (Allianz Arena)

My MOTM is Carrasco for his LUCKY ( I swear i’m not biased) goal.

Oh! I almost forgot! Will Griezmann ever score a penalty or do all of them smack of the bar! (Totally not sorry for that jab…)

It was a game with some nice goals and thats about it. Davy Pröpper could have gotten a brace but missed his penalty.

My MOTM is Dmitry Poloz for his brace.

Heung-Min Son is been on fire for the Spurs recently. Especially after Harry Kane’s injury he really stepped up his game. The game itself wasn’t really interesting.

My MOTM is Heung-Min Son for his goal.

I have to say, Javier Hernandez (affectionately known as Chicharito by fans of the Mexican national team and Leverkusen fans) is Leverkusen’s best signing in a long time. The Mexican striker has been on top form for Leverkusen; he even bagged a goal in this game. But Monaco luckily equalized very, very late into the game.

My MOTM is Chicharito.

Thrilling tie. Dortmund’s high press was good but it eventually leaded to counter attacks, which Real showed that they were very good at counter attacking. Real have never won at the Signal Iduna Park (Dortmund’s stadium) and that still continues until this day. Congrats to Andre Schürrle for setting a record, of scoring in the UCL with 3 different teams (Chelsea, Wolfsburg, Dortmund).

But my MOTM has to be Gareth Bale for being at the center of all of Real’s counters.

Very simple, Sporting has UCL experience and Legia don’t, and it showed.

My MOTM is Bas Dost. The Dutchman has been on fine form lately.

I’m speechless. København were undoubtedly the best team of this match day. The first goal was Stephano Denswil’s  fault, very dumb own goal. He had a horrible match, first with the own goal, and then giving away a penalty which luckily for him wasn’t scored. THE SECOND GOAL WAS AN ABSOLUTE BULLET IN TO THE TOP CORNER. TOP BINS, UPPER ECHELON, WHATEVER YOU CALL IT THAT GOAL WAS IT. I could probably marry Delaney for that goal. Absolutely Amazing.

My MOTM is Delaney for obvious reasons.

LEICESTER HAS ISLAM FEVER. Islam Slimani once again saves the day with a goal on Leicester’s UCL home debut and was assisted by Riyad Mahrez. The Algerian duo is on fire!

My MOTM is Islam Slimani also for obvious reasons.

Simple, Juve were being Juve, dominated and won. Nothing much to it.

My MOTM is Dani Alves for his assist and free kick.

Very boring game. Sevilla could have won 2-0 but missed a penalty. My MOTM is Ben Yedder for the goal.