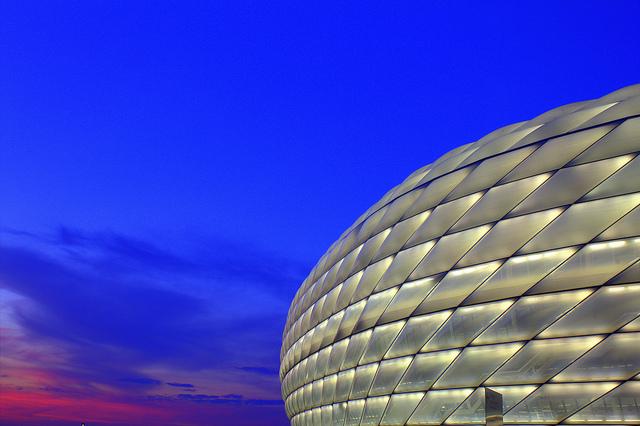 These are the types of games I love. I love them more than Kanye loves Kanye. Flashy tricks, amazing goals, and all round good football. This is a recap of the best games from Match Day 3 and 4.

Wow. Just wow. I haven’t seen Arsenal play like this since the Invincibles. Amazing football. And congrats to Mesut Özil for his first ever Hat-trick. And Good Job Alexis Sanchez, delicious chip.

My MOTM (Man Of The Match) is Mesut Özil.

PSG hasn’t really been on their best form, but this win seemed to show a little bit of the old PSG. My MOTM is Édinson Cavani., who is really starting to shine in Zlatan’s absence.

Napoli, before this game, could have been the first ever team in the UCL (UEFA Champions League) to have secured a position in the Round Of 16 after just 3 games. But unfortunately for Napoli that didn’t happen. Part of the reason this happened is because of the big man up top, Vincent Aboubakar, and the Trivela king Ricardo Quaresma. The big man got himself a brace, whilst the Trivela King got himself an assist brace.

Adriano drew first blood for the Turkish side, but the equalizer for the Italians was magnificent. Marek Hamšík received the ball in the middle of the pitch, then cuts back and delivers a wonderful chip to Callejon, who then takes a touch and volleys a cross in to Mertens’ path. The little Belgian sticks a leg out to send the ball into the back of the net.

Then Napoli very stupidly gives the ball up to Aboubakar in their own defensive third. Aboubakar is then one on one with Pepe Reina, who almost blocks his shot, but Aboubakar’s powerful strike puts the ball in to the back of the net.

After that, Napoli was awarded a penalty after Mertens (In My Opinion) went down a bit too easily in the box. Fabri is able to block Insigne’s penalty, but Napoli get a second chance. Mertens is pulled down in the box once more and Gabbiadini slots it home. After all of this madness, Aboubakar gets a game winning header in the 86th minute. My MOTM is Aboubakar.

It’s Guardiola’s second time ever returning to the Camp Nou as a visitor. After coaching Barca (Won 14 trophies with Barca in just 4 years!), both times his teams have been shutout in losses against the Blaugrana. First time with Bayern and now with the Cityzens.

I’m lost for words, Messi is out of this world. He put up an amazing hat-trick performance. The man just loves to score beauties against a Guardiola side, beautiful football. I do want to highlight the first goal, not just because Messi amazingly took it around Bravo (Who Is Crazy! we’ll talk about it soon) and scored, but because of Fernandinho. WHY!? If you didn’t see what he did, Messi tried to pass the ball and it deflected off of a City defender and rolled to around the penalty spot. Fernandinho could have cleared it, but he slipped. You’re probably thinking thats not that bad, but the problem is he didn’t even try to get up! He was just relaxing, looking at Messi score a great goal. Stupid, Stupid Fernandinho.

Now to Bravo, are you playing volleyball or soccer? He got a handball (yes a goalie can get a handball if they handle the ball outside of there own penalty box and could be a red card offence depending on if it was an illegal denial of a goal scoring opportunity), but this wasn’t your ordinary handball. If you didn’t see what Bravo did, you’re living under a rock. A ball was put over for Suarez , but it was too powerful and Bravo tried to clear it, but it was just pitiful. It really was. Suarez got it back and tried to chip Bravo, and apparently since Bravo thinks he is a Volleyball player, he smacks it out. He deservedly received a red card. My MOTM is Messi for the Hat-trick

TÖR DEN FC BAYERN… That’s all you heard that night at the Allianz Arena. Bayern was on fire.

My MOTM is Arjen Robben. Amid all the transfer speculations, he was still going strong for Bayern. Absolute Legend.

Atletico is still very lucky. Barely won against UCL debutantes. I guess that’s why they lost 2 UCL finals in 3 years against their Madrid neighbors, but that’s none of my business(#applyicetothatburn). My MOTM is Carrasco for the goal.

An over hyped game that ended up to be nothing. The only thing that was interesting were the dodgy substitutions. My MOTM is Heung Min-Son for facing his old team and doing well against them.

This games scoreline was really Lyon 0-3 Buffon. Gianluigi Buffon proving he is like a fine wine, he only gets better with age. He saved 3 crazy chances that really should have been goals for Lyon.

My MOTM is Gianluigi Buffon for proving that age is just a number.

Match day 4 was just a Match Day of upsets and comebacks. Dramatic Football at it’s finest.

Sergio Busquets fouled a city player just outside the box, and of course Kevin DeBruyne stood over the free kick. Marc Andre Ter-Stegen expected him to go near post but KDB ( Kevin DeBruyne) went far post and tucked it in. Amazing. Gündoğan then finished it off with a third.

My MOTM is KDB for scoring that beauty and also being the provider in all of the attacks for the Cityzens.

This game really angered me. Even though Bayern won and secured their place in to the UCL Round Of 16.The refs were in lala land when PSV scored first. IT WAS OFFSIDES! CLEAR AS DAY!. But whatever at least Bayern are in the Round Of 16. My MOTM is Robert Lewandowski

Spurs once again fail at Wembley. I don’t know if its the size of the field or the size of the stadium itself, but one thing is for sure, Leverkusen fans were louder than the home fans. My MOTM is Kevin Kampl for his goal.

These Match Days have produced absolute beauties. Here is a list of the best.

The first wonder goal is from Basel. Zuffi picks up the ball on the right and from at least 50 yards takes a shot and it suprises Areola. It was a beautiful equalizer

The 2nd wonder goal is the goal that gave PSG the second was even more beautiful. Rabiot sends in a looping cross and it finds Meunier on the edge of the box and he hits it ever so cleanly on the outside of his boot and it flies into the top corner.

A ball is put over for Griezmann who wonderfully bicycle kick/tipped it over the keeper. A thing of Beauty.

There are a couple of wonder goals in this game, first one happened 55 seconds in the game. A ball is crossed to Bale who is outside the box. Bale doesn’t even take a touch, he just volleys it into the corner. Wonderful.

The second one is from Vadis Odjidja-Ofoe who after 2 nil down just runs through Madrid’s defence. Goes past one after the other and takes a shot and its top bins, 2-1. Wspaniale as they say in Poland.

You thought I was gonna forget this one didn’t you. Never. The goal is simple yet beautiful, Mesut Özil is put through. The Ludogorets keeper comes out, Özil delightfully scoops it over the keeper, walks it to the goal and taps it in. Wunderbar as Özil would say in his mother tongue. This is definitely a Puskás contender.

I can’t wait for Match Day 5! Article is coming soon!