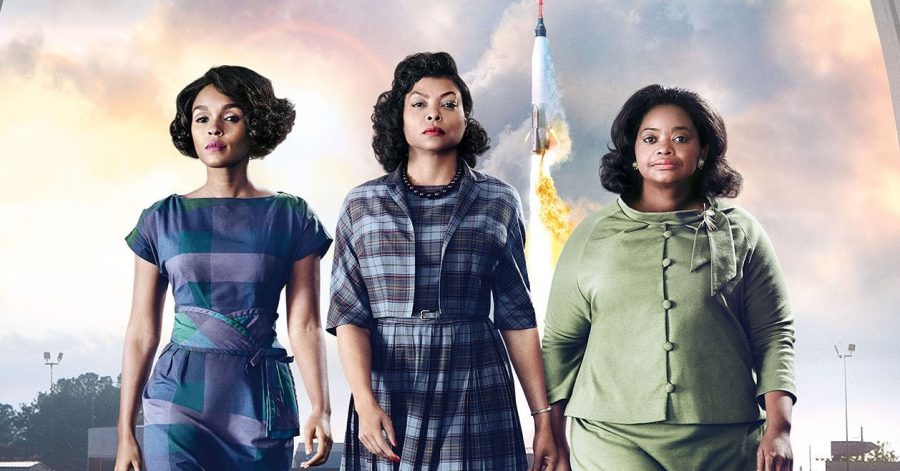 Hidden Figures: Go See It While It is Still in Theaters

Set in the 1960’s during a time of segregation and civil rights movements in Hampton, Virginia…and based on a true story, Hidden Figures follows three African-American women as they make history. These women, Mary Jackson, Katherine Johnson and Dorothy Vaughan are the brilliant minds behind one of the biggest moments in history.

Overall this is an important movie with an important message. Throughout all of the tears and laughs, it is a heart felt movie. It’s so inspiring and everyone can take something from it.

The opening scene shows a very young Katherine. A school official that works at the only gifted school for “colored” students wants Katherine to attend this school. Despite skipping several grades, since the school starts at the sixth grade and she is only eight years old, Katherine is still the smartest in the class. A flashback to a lightning fast explanation of an Algebra problem answers the audience’s questions as to how intelligent she is.

Next scene is with a modern day Katherine (Taraji P. Henson), along with co-workers and friends Mary (Janelle Monáe) and Dorothy (Octavia Spencer). These women are “human computers” for NASA along with many other African-American women in the West Area Computing division, which is segregated from the rest of the Langley Research Center. They experience car troubles on their way to work. A police officer approaches them. Dorothy soon manages to get the car running, and the officer offers these ladies a police escort to work (with lights, sirens and all). Mary Jackson says, “Three negro women chasing a white police officer down a highway in 1961; that is a God-ordained miracle.”

You see how well the movie is set up with transitions, plot points, and dialogue.

Katherine, because she’s the best with numbers, gets a new job at NASA. Katherine enters the room, all eyes on her, and is mistaken for a janitor. She blazes down stereotypes and racist assumptions through out the movie.

Meanwhile, another assignment in the engineering department comes about and Mary, an aspiring female engineer, joins a group of male engineers in the observation room. When a part of the rocket malfunctions, Mary makes some good suggestions. In this moment, the head of engineers tells Mary she ought to be an engineer. She replies with, “I am a negro woman and I’m not going to entertain the impossible.” He then asks her if she was a white man, would she wish to be an engineer? To which she replies with “I wouldn’t have to wish. I’d already be one.”

Despite her leadership roles and huge position in the West Area Computing division, Dorothy is overlooked for supervisor roles multiple times. One day, she notices a large empty room near her office and discovers the IBM machine. She sneaks in to study the machine and becomes familiar with it, after reading a book from the library on FORTRAN programming. The men who were supposed to be working on it have been struggling with getting it to work for weeks.  One evening Dorothy notices that one of the cables is in the wrong place so she reconnects it in the right place and fixes the problem. The men walk in worried that she might break something, but it turns out she has fixed the machine and it’s producing numbers. Dorothy is finally promoted to supervisor.

The movie has been breaking barriers, too. At the end of February, the film won Outstanding Performance by a Cast in a Motion Picture at the Screen Actor’s Guild awards and was nominated for over 25 more awards, including Golden Globe nominations and Oscar nominations.

Even if you have already seen it, I would go see Hidden Figures one more time in theaters to relive all of its magnificence.