Why The Washington Capitals Will Win The Stanley Cup

One team, one dream, one goal. 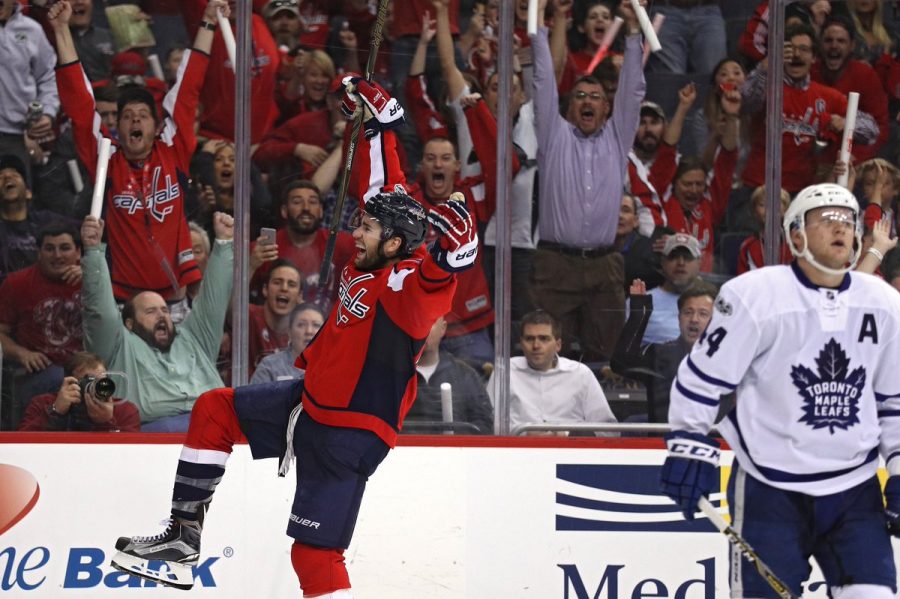 Tom Wilson after scoring the winning goal in overtime, last Wednesday in Game 1.

Playoffs are now underway in the NHL, meaning anything can happen from this point forward. The Eastern Conference first-round match-ups are all set, as the Washington Capitals continue to face off against the Toronto Maple Leafs. Wednesday, the Capitals came through and tied the series with a 5-4 victory over the Maple Leafs!

So, let me explain why the Capitals will win the Stanley Cup.

First and foremost, it’s redemption time. They are due for a huge victory! Throughout all of the excitement and heartbreak that has followed playoff games in the past, the team suffered and the fans did too. So, the Washington Capitals owe it to the fans and themselves to bring home that Stanley Cup.

Also, the Caps just so happen to be the top team in the NHL...Again. Going into the playoffs and having one of the best defenses and one of the top offenses in the league is a huge advantage. Being ranked #1 in their division helps as well.

If you’re a hockey fan, then you know how well the Capitals work together as a team. Alex Ovechkin, T.J. Oshie,  Marcus Johansson, Justin Williams, and Nicklas Backstrom lead the team in scoring and assists. Not to mention that all 5 of them come in clutch, averaging about 4-10 game winning goals each!

But you can’t forget about the man behind it all; Caps Goalie, Braden Holtby. In his career with Washington, he’s averaged about 7,980 saves. Without the help of “Holtbeast”, the Capitals wouldn’t be where they are right now.

It seems like the Capitals have been more consistent this season than they have been in the past. In the past, their inconsistency has kept them from advancing further into the playoffs.

With that said, the Capitals can do it. They now have a huge opportunity to break the chain of playoff letdowns and prove everyone wrong. Although the Caps aren’t the underdogs, it still won’t be easy.

Meaning the pressure is on, Washington.

It’s time to prove everyone wrong!

Good luck to the Capitals as they continue to take on the Maple Leafs in Game #5 TONIGHT!