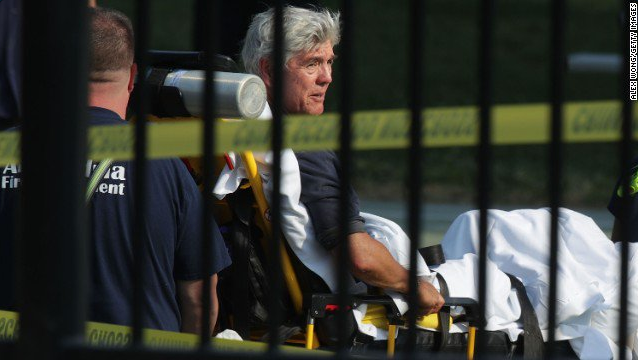 Congressional Baseball Shooting: What Next?

Since 1909, every year Republicans and Democrats have come together to play a game of baseball. This year it was going to be played on Thursday.

This morning, five Republican Congressmen have been shot while practicing for an annual baseball game. Among those who were shot was Steve Scalise, who was on second base when he was shot in the hip. According to eye witness reports, he dragged himself 15 yards away from second base where he laid there until the shooter was neutralized.

Sen. Jeff Flake said he and Rep. Brad Wenstrup, who is a physician, went out to where Scalise was lying to apply pressure to the wound. Kentucky Senator Rand Paul told Fox News, “I do believe without the Capitol Hill police it would have been a massacre, we had no defense at all. The field was basically a killing field.” He said they were lucky that Mr Scalise was present because he has a security detail owing to his congressional seniority. Congressmen Mo Brooks said everyone on the field scattered as 50 to 100 shots were fired.

There has been a sharp rise in “terroristic” attacks all over the world, we need to show these terrorist who they are messing with, show them who is boss. I’m talking about stronger military action.