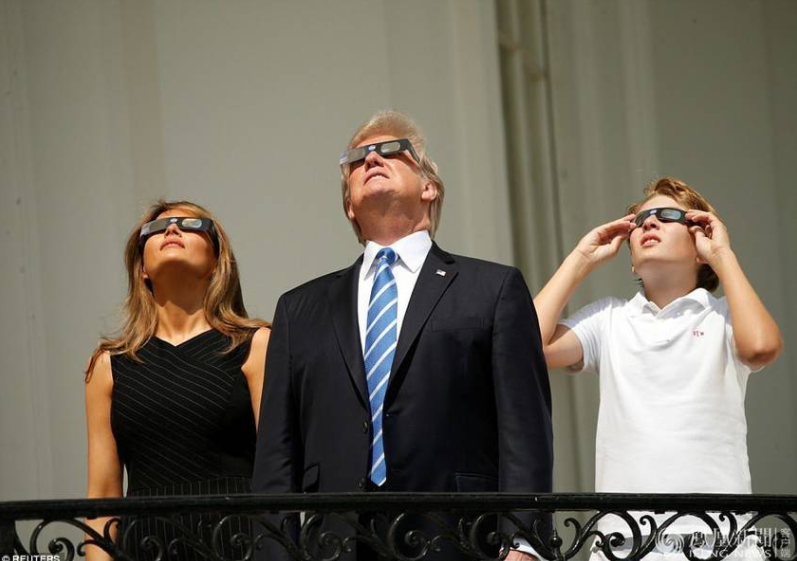 What Happened in The White House this Summer

This past summer, Donald Trump has been very busy. He has banned people who identify as transgender in the military, responded? to the Charlottesville riots, stared down North Korea, visited Houston, and a lot more.

On June 29th, Donald Trump announced his America First Energy Plan. According to the White House website, the Administration wants to “lower costs for hardworking Americans and maximize the use of American resources, freeing us from dependence on foreign oil.” Trump has also said that he will be eliminating the Climate Action Plan and the Waters of the US. The Administration says lifting these restrictions will increase wages by more than 30 billion dollars in the next 7 years. Clean coal is also a big topic for the Energy Plan. Trump wants to revive the coal industry and input new standards so as to reduce carbon emissions.

On June 30th, President Trump said “the era of strategic patience with the North Korea regime has failed. And frankly, that patience is over.” He makes it very clear that, while he will not be attacking North Korea, America will always be safe. President Trump called on surrounding nations and American allies to join together and demand that North Korea “choose a better path, and do it quickly, and a different future for it’s long suffering people.” The President says the goal is to help North Korea become a stable country, but if provoked, we will defend ourselves and our allies.

On July 11th,  Donald Trump Jr. released emails, confirming he spoke to Russian officials during the 2016 Elections, on twitter.  Immediate response was outrage from people assuming he took part in the hacking of the election. However, Donald Jr claims he didn’t know what the meeting was about and when he got there they started talking about adopting Russian children. Donald Jr. says, “that’s when we shut it down which it, wait a second, what does have to do with the information?” The meeting lasted 20 minutes before Trump walked out. President Trump has shown full support for his son and fully believes he is innocent.

On July 26th, Donald Trump announced on Twitter that transgender applicants for the military will not be accepted. He tweeted out, “After consultation with my Generals and military experts, please be advised that the United States Government will not accept or allow transgender individuals to serve in any capacity in the U.S. Military. Our military must be focused on decisive and overwhelming victory and cannot be burdened with the tremendous medical costs and disruption that transgender in the military would entail. Thank you.” Outrage from the transgender community quickly followed the announcement with protest all over the country. The Joint Chief said they were blindsided by this decision but will not be discharging anyone until directly ordered by the Secretary of Defense, which has not happened. The American Civil Liberties Union is suing Donald Trump in protest of the ban. There is no word yet from the White House what will happen to currents transgender soldiers but even if they aren’t being discharged, they are very clearly being shown how their president feels about them.

On August 11th, a protest started in Charlottesville, Virginia. About 250 people, carrying torches, met at Nameless field on the campus of the University of Virginia. They were lined up two-by-two walking around campus chanting things like, “Blood and soil!” “You will not replace us!” and a lot more. 30 UVA students of all races, retaliated by linking arms and standing around the Thomas Jefferson statue, located near the center of campus. The next day, both alt-right protesters and counter-protesters met early in Emancipation Park. Originally peaceful, the protests turned violent when a large group of white nationalists carrying weapons approached the park then charged the human barricade made up of counter-protesters. Violence exploded amongst the crowd. Trump’s response came later that day, saying, “We condemn in the strongest possible terms this egregious display of hatred, bigotry and violence, on many sides. On many sides. It’s been going on for a long time in our country. Not Donald Trump, not Barack Obama. This has been going on for a long, long time.” Outrage came from many global leaders, condemning the neo-Nazis and criticizing President Trump on his statement.

On August 21st, the solar eclipse of the decade graced the White House with it’s presence. Although Washington D.C. was not in the totality zone, thousands of people watched, including the President and First Family. Special eclipse glasses were provided for them. However, there are multiple picture of Trump looking up at the sun without them, which quickly became popular on sites such as twitter and reddit.

On September 2nd, Hurricane Harvey finally cleared out of Houston and it was safe for President Trump to visit. President Trump met with first responders in Corpus Christi and Austin, then went outside to address the crowds. He gave a speech, boosting moral saying, “Texas can handle anything!” The only criticism Trump received was his lack of connection with the people that were effected from the storm and not actually visiting any of the damaged areas. Trump’s administration was very quick to get him down there for fear of the backlash that President Bush received when he didn’t go down to the site of Hurricane Katrina quickly after that storm.

On September 5th, President Trump announced that he would not be renewing Deferred Action for Childhood Arrivals (DACA). His plans is to phase out the program over the next few years and asks that Congress implement a more permeant solution for the Dreamers because, “92 percent of the people agree on DACA, but what we want is we want very, very powerful border security.”  Six Dreamers are suing the Trump administration on the belief that they did not follow proper protocol to ending the program. According to Attorney General Jeff Sessions, the program is set to start winding down in March 2018. Hope still remains for the Dreamers as they fight legal battles in court and call their Congress members in hopes to persuade Congress to create a more permanent solution to DACA.

This administration has proven to be very active this summer.