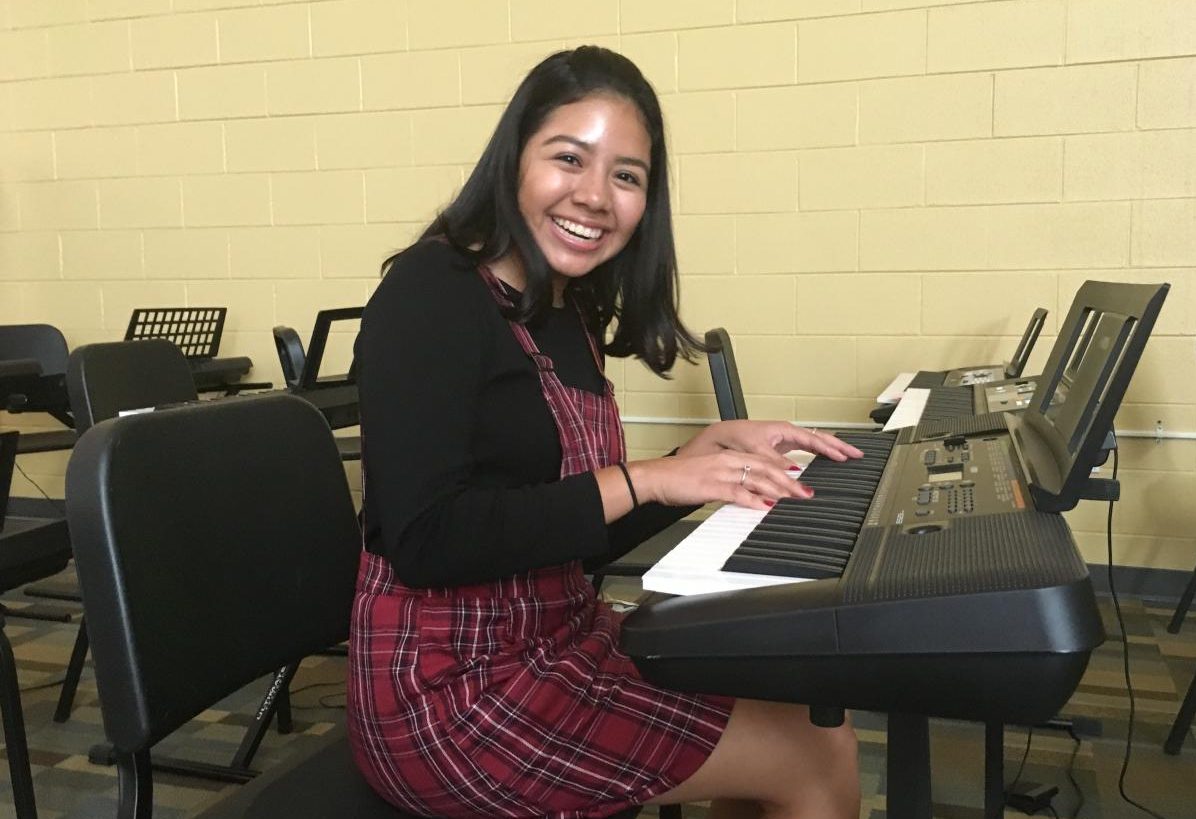 “Music is a like a universal language, everyone understands it and everyone can relate to music. I like music because you can write, produce and create something so beautiful and it’s not specifically designed for one person, it’s for everyone.” – Samantha Rios

Junior Samantha Rios is a hidden gem here at Wakefield. She has recently gotten lots of local recognition for singing the national anthem at the Redskins game, and her appearance on NBC’s The Voice. She has sung on national television several times, and yet not all of Wakefield knows who she is!

Monday, October 2nd  Samantha Rios auditioned for the Voice, she sang “Something’s Got a Hold on Me” by Etta James. Right before she was about to preform Samantha said, “I was so nervous, my hands were shaking.”

But this wasn’t Samantha’s first time on The Voice. Back in 2015, Samantha auditioned for “La Voz Kids” and she did amazingly. Click here to watch her first audition.

Samantha has been getting a lot recognition recently,but she’s been singing since she was just four years old! “I think it was at my vocal recital when I was 8 years old…that’s when I realized I wanted to pursue my dream of singing” Samantha said.

This is not the last you will be seeing of Samantha Rios, she plans to keep singing. Samantha said, “I would like to audition again just so I can apply the judges comments to my performance and then I can improve, and they’ll see that, and they’ll turn! It would be cool to go back.”

Samantha wants to “thank everyone who’s commented, left nice messages or stopped me in the hallway to congratulate me; Wakefield is such a supportive community and I’m so happy I’m a part of it.”