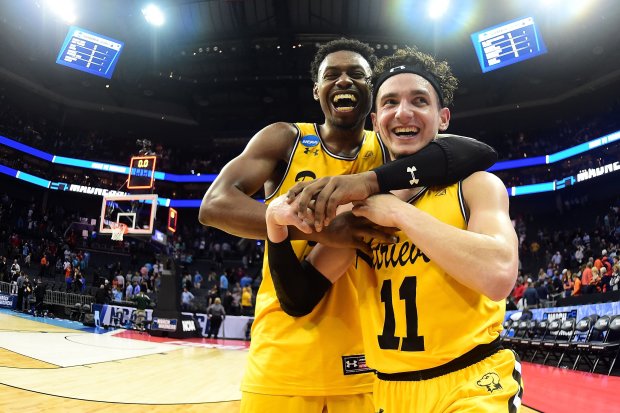 UMBC had plenty to be happy about after toppling #1 Virginia. (Gerry Broome of the Associated Press)

UMBC had plenty to be happy about after toppling #1 Virginia.

Gerry Broome of the Associated Press

The NCAA tournament wrapped up on Monday, with Villanova claiming the National Championship. It was one of the craziest tournaments in recent memory. It certainly didn’t lack for drama, given the huge amount of jaw-dropping upsets. Despite the vast pool of options, I have narrowed it down to 5 moments that will be remembered at this time of the year in 2019.

1. #16 UMBC takes down #1 Virginia: Due to this upset, Virginia has been part of the two biggest upsets in NCAA history, against Chaminade in 1982, and this March against University of Maryland, Baltimore County. Entering this game, UVA had been the most consistent team in the country, having only lost twice, and they were the owner of a stifling defense had been the best of the 21st century. They did suffer a critical loss while they claimed the ACC Tournament title, losing forward DeAndre Hunter to a broken wrist, but it was still expected for them to breeze through their first 2 games. Instead, Jarius Lyles and KJ Maura hit every shot they looked at, and the Retrievers and their school’s twitter account delighted people across the nation. The Cavaliers held opponents to an average of 53.4 points per game during the regular season, yet UMBC scored 53 points in the second half, dooming the Cavaliers to suffer the worst loss by a #1 seed in tournament history.

2. Jordan Poole’s 30 foot buzzer beater: Michigan ended their season in the national championship game, but down 2 with 3.6 seconds left against Houston, it looked like they would be flying home from Wichita. Despite that, Michigan coolly inbounded the ball to Muhammad-Ali Abdur-Rahkman, who dribbled to half-court before giving up the ball to Poole, who rose over a Houston defender to drill a 30 foot bomb as time expired to give Michigan the win and plane tickets to Los Angeles.

3. Clayton Custer’s fadeaway, game-winning shot against Tennessee: This was the second game-winning shot on Loyola Chicago’s miraculous (and they did have divine intervention, thanks to Sister Jean) Final Four run. The Ramblers had been in control for the majority of the game, but the Volunteers rallied back to lead by one with 10 seconds to go. Loyola put the ball in the hands of their best player, Clayton Custer, and let him make a play. He drove into the lane, pulled up from just in front of the free throw line, and launched a shot. The ball hit the rim, flew up, and then rattled around the rim before falling through to keep the Ramblers ramblin’ through the tournament.

4. Josh Hall’s go-ahead putback against Cincinnati: #7 Nevada was down by 22 (not a typo) points after halftime against #2 Cincinnati, the team with the second best defense in the country. But Eric Musselman’s team, led by the Martin twins, had no intentions of bowing out quietly. They launched a furious comeback until they finally tied the game with less than a minute left. The Wolfpack stopped the Bearcats and one of the Martins’ pulled up with 15 seconds left, but left their jumper short. The ball bounced into the hands of Josh Hall, who took a dribble before putting up a floater to put Nevada in the lead for the first time in the entire game. The Wolfpack were able to knock the ball away from the Bearcats’ point guard, and Nevada improbably kept dancing.

5. ​Rob Gray’s game winner against SDSU: Similar to Cincinnati, the Cougars had led for much of the game, until a San Diego State rally got the game close in the few minutes. It looked like the Aztecs might be able to squeak out a win, but Houston’s star, Rob Gray, was determined to win the game, even if he had to do it himself. With 5 seconds left and the game tied at 65, Gray drove the lane into a tangle of big men. He squeezed through them and tossed up an acrobatic lay-up off the glass with 2 seconds left to win Houston the game.