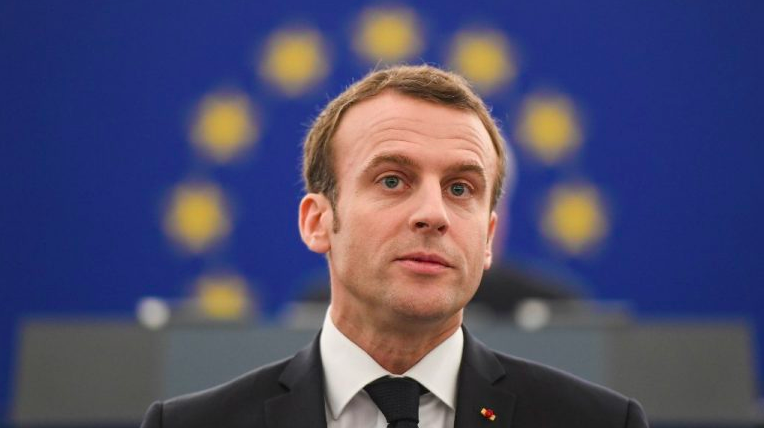 Say hello to the President of France. (Photo found @DiEM_25)

Say hello to the President of France.

Will The Syria Attacks Trigger A World War?

As we all know, Rebels in Syria have been hit by an alleged chemical attack, which seems to be from the Russian backed Assad regime.

Videos from unverified sources show the effects of the attack.GRAPHIC WARNING: Upsetting Images, (We are including them in the article so that you can clearly see the effects of the attack.) Watch one here,  Pro-rebel sources say a helicopter dropped an “Improvised Explosive Device” in Eastern Ghouta, a suburb of Damascus. Residents reported that they were “short of breath” and in the videos, the dead and alive were foaming at the mouth.

This is very fishy…Pro Syrian government forces are very close to a victory in the area, Rebel forces have given up significant amounts territory. Why would Syria and Russia attack the area with chemical weapons, when Putin and Al Assad know that the United States would use military force as a response as they did last year and support the rebel forces. It just doesn’t add up.

Syria’s response to the attack was a tweet on President Al-Assad’s twitter with the caption “Morning of steadfastness”. And have returned the prestigious Légion d’honneur to France, Al-Assad said he wouldn’t wear an award coming from a nation that is a “slave” to America. Even though it was Macron’s idea to keep Trump and the United States in Syria…but that’s none of my business.

Many people are scared that this might trigger a “third world war”.

There is no way this will happen, for a number of reasons.

B) The current “war” that we are in with Russia and China, and any future war, will be primarily fought on the computer. Hacking warfare. To prove my point, according to the Pentagon, the Russian response to the attacks was a 2000% increase in Russian “troll” activity. “Troll activity” is mass spread misinformation. Russia knows the importance of Cyber Warfare and will use it to their advantage.

C) Putin and Al-Assad would rather have peace then all-out nuclear war, they aren’t blood lusted individuals. A war would be a lose-lose for everyone.

It’ll be interesting to see what the response will be in the upcoming weeks. But like I said before, nukes won’t be flying, don’t worry.