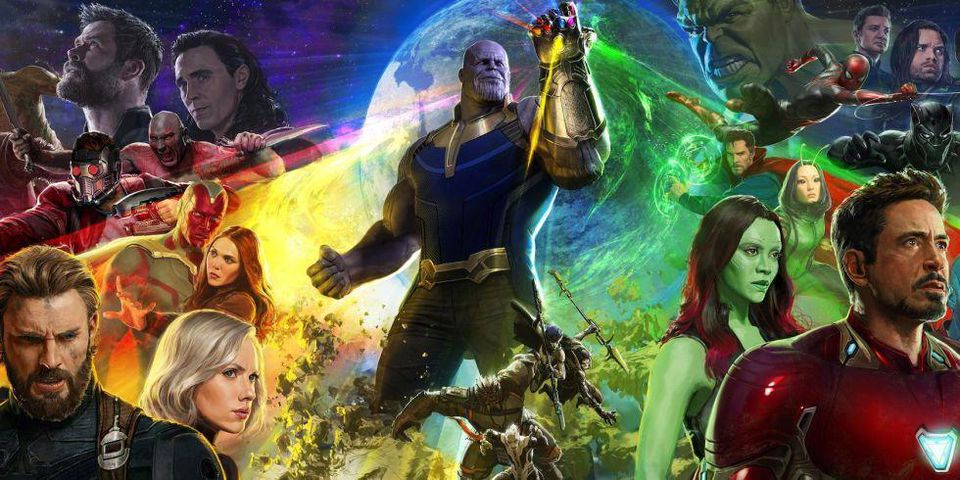 Our Takeaways From Avengers: Infinity War

Avengers Infinity War debuted last weekend to the biggest box office opening in Hollywood history. The movie, despite the massive hype, drew mixed reviews from fans and critics alike. Some, like senior Jacob Filon said, “It’s the best movie I’ve ever seen,” while others, such as freshman Anna Wood said, “I hated the ending.”

Here are our takeaways from Infinity War, and how it affects the next (still unnamed) Avengers movie

Infinity Stones, All Under Thanos’s Control: After you’ve seen the movie, you have seen the true power that someone that possesses even only one Stone has. Thanos first collected the Power Stone at Xandar after destroying all of the planet (not shown in the movie). The Space Stone was collected on the Asgardian Refugee Ship, when Thanos and his Black Order killed nearly everyone on board (only Thor and the Hulk escaped, due to Heimdall’s sacrifice). The Reality Stone was collected in the Collectors Collection while The Guardians were putting up a weak fight and got totally destroyed. Next he collected the Soul Stone, which was definitely the most emotional moment of the movie, when he sacrificed his favorite daughter Gamora for the Stone. The most controversial scene was when he collected the Time Stone from Doctor Strange and Tony Stark. Finally, he collected the Mind Stone when he reversed time to rip the Stone out of Vision’s head.

Is Thanos Truly Evil?: Thanos, despite being intent on erasing half the life in the universe (and succeeding), was shown in a far more sympathetic light than most Marvel villains. He was seen crying as he tossed Gamora (who he raised as a child and truly loved) to take control of the Soul Stone. Also, he didn’t want to destroy life simply for the purpose of destruction or revenge, he did it to save the universe from itself due to the massive overpopulation problem and dwindling amount of resources. Beyond that, Thanos is awesome. His fight scenes were some of the most impressive in the Marvel canon.

Doctor Strange’s Sacrifice: We saw Doctor Strange sacrifice himself and the Time Stone to save the life of Tony Stark (Iron Man). Doctor Strange viewed 56 million possible outcomes for their battle against Thanos, and only one resulted in the Avengers winning, so he must have seen this happening during that one outcome and tried to push the Avengers and Thanos along that path.

Thor Enters God Mode, Hulk Quits When He’s Behind: We saw a dramatic reversal of roles in Infinity War, with Thor stepping up and almost single-handedly defeating Thanos, while the Hulk refused to come out after getting stomped by Thanos in the opening scene. Thor got himself a new weapon (while holding the power of a star), and did massive damage to Thanos (if he had gone for the head none of this would have happened) and his army of space dogs. Bruce Banner was reduced to using (ineffectively) Tony Stark’s Hulkbuster suit, because the Hulk refused to fight, like the little child he is emotionally. Now it looks like Thor will play a critical role in defeating Thanos in the next movie, while Hulk may be set up for a redemption scene, or maybe he’ll quit once and for all.

Death, Or Not?: From Gamora, Black Panther, Spider-Man, to even Groot, 13 Marvel heroes died trying to take down the almighty and powerful Thanos. But are they truly dead? Impossible, because Spiderman and Black Panther have movies that are supposed to take place after Infinity War. The only survivors of the movie were the OG Avengers such as Thor, Hulk, Captain America and so on. In my opinion the OG avengers will be taking the Infinity Gauntlet from Thanos and using it to turn back time and resurrect their friends.

Who’s Captain Marvel?: In the after scene, we saw Nick Fury try to contact Captain Marvel, the still yet-to-be-seen character played by Brie Larson is Marvel’s Superman. She can fly, shoot lasers, and has a super-human Sixth Sense. Of course, those are only a few of her powers. She’ll have her own movie (set in the 1990’s) that will come out next March, only a few months before the next Avengers movie. Clearly, Marvel is setting her up to play a critical role in Avengers 4 (or whatever they eventually decide to name it).

Avengers: Infinity War, whether you liked or hated it, is undoubtedly one of the complicated and action packed movies Marvel has ever made. Junior Elena Arrowsmith said, “I was so excited to see all my favorite superheroes in one movie, and it did not disappoint.”

Now, Marvel fans will have to wait 12 months until the next Avengers movie, although there will be several solo movies that will probably have an impact on Avengers 4.