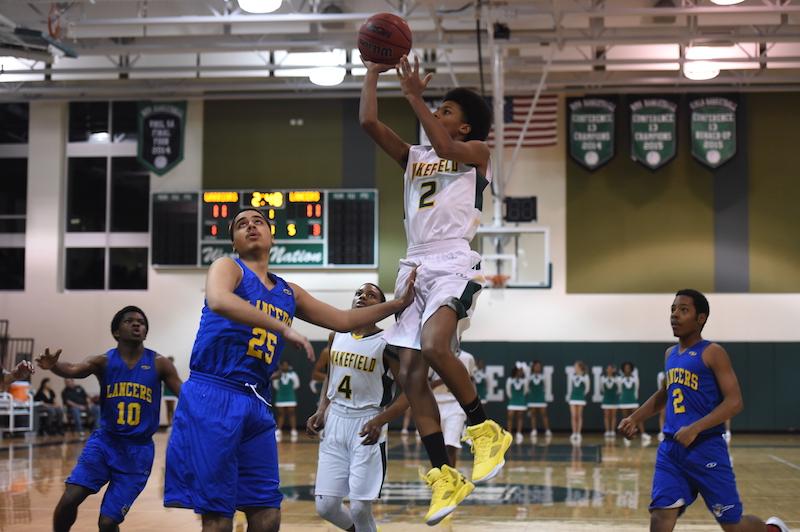 Let’s take a look at how Freshmen and JV Boys did this season.

Freshmen boys started off their season with a bang, winning 4 of their first 5 games. In those 5 games, the Freshman showed that they have a versatile team. Shooting, scoring, rebounding, and good defense, showed their fans that the team can play hard. Having a team that has young players with such strong talent, truly came together strongly.

JV boys started off their season similar to the Freshman, winning 4 of their first 5 games as well. In those 5 games they showed they can rebound, score, shoot, and play good defense. The team played hard every game; they started strong and ended even stronger.

Within their first 5 games, the team scored a total of 289 points and averaged 57.8 points per game. Starting guard Lukas Hatcher got injured while the team was in the middle of the season, but even with that emotional set back, the team didn’t let that stop them from greatness. The team ended the season with an overall record of 13-3.

Both Freshman and JV Boys Basketball teams came in the season strong and showed schools around the area what the warriors are all about. This year was just the beginning of a long and successful journey…see you next year, #warriornation. #ballislife