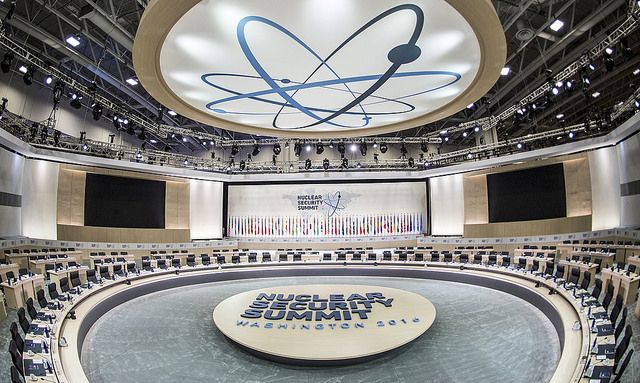 The fourth Nuclear Security Summit cast a spotlight of worry on nuclear security in relation to ISIS after the terrorist attacks in Belgium and plans discovered to target a Belgian nuclear facility, the greater nuclear-power community is citing concerns about nuclear materials and ISIL’s interest.

The aforementioned plans to assault a Belgian facility have swayed some to believe ISIS/ISIL has nuclear interests, which puts a spotlight on the security of nuclear power plants and missile sites. According to CBS News, “We know that terrorist organizations have the desire to get access to these raw materials and their desire to have a nuclear device.  That was certainly the case with al Qaeda, and that is certainly the case with ISIL as well,” Deputy National Security Adviser Ben Rhodes said. Approximately 260 commitments on the national level have been made, including removing or eliminating nuclear material; ratifying and implementing treaties related to nuclear security; converting reactors; strengthening regulations; developing specialist centers on nuclear security; upgrading technologies; and enhancing national and multilateral capabilities to promote nuclear security.

Just so we have a little clarity on why nuclear security is necessary and why ISIL/ISIS could be a bigger problem than it already is, let’s paint a little picture of what could happen in the event of terrorists acquiring sufficient nuclear material to build an improvised nuclear device, or IND. It’s common knowledge ISIL doesn’t care one little bit for the lives of innocent people, or international laws/regulations, and in all likelihood would launch a nuclear terrorist attack and kill hundreds without a spot of remorse or caution. Unfortunately, thanks to the social media campaigns, ISIL has the means to stage such a strike anywhere; it could be New York, it could be Beijing, it could even be our hometown. Indeed, vigilance in the case of nuclear materials is a matter of life and horrific mass death.