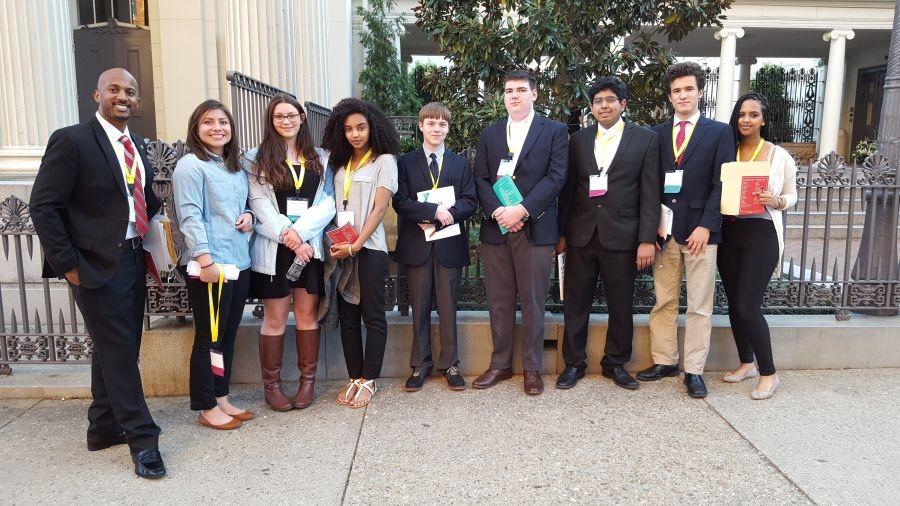 The Model GA with Club Sponsor Mr. Mainor in Richmond.

MGA Takes It All the Way!

Wakefield’s Model General Assembly headed to Richmond last month. The Model GA exposes high school students to the legislative process in an interactive way. They get to debate on the actual capitol floor.

Multiple Wakefield students made their way to the Assembly in Richmond. Seniors Brendan Novak and Nick Hattrup, juniors Wisam Mustafa and William Severe, and sophomores David Khettouch and Diana Makele got to assume the roles of senator, delegate, officer, lobbyist, reporter, or underclassmen legislator during their time in the state capitol building.

Wisam, Skit, and Diana also participated in the inaugural year of Arlington MGA’s Advisory Council, a board of MGA leaders from across the county who organized workshops and fundraisers in order to support our MGA clubs in preparation for our trip to Richmond.

Junior Wisam Mustaf was even nominated to attend the Conference on National Affairs this summer in North Carolina. She will debate proposals of national and international concern with over 500 students. Mustaf was even elected 2017 House Speaker. She ran for, and was elected to, the office of Speaker of the House. She gets to call to order and preside over the general legislative session next year.